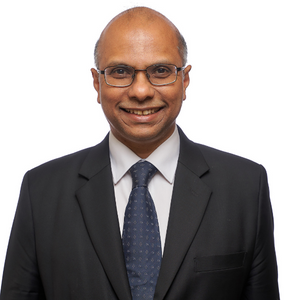 Gregory Vijayendran is completing his term as Law Society of Singapore President by the end of 2021. In his five-year long service tenure, he strove to serve the needs of practitioners in the Singapore legal profession in multifaceted ways and especially in these last two years of building resilience at the Bar while battling the effects of the global pandemic. As Law Society President, he served on strategic and influential boards and committees impacting and developing the legal sector such as (i) Singapore Academy of Law (as Vice President) (ii) Singapore Institute of Legal Education (iii) Future Law Innovation Programme Steering Committee (iv) Singapore Institute of Legal Education and (v) the Criminal Legal Assistance Scheme Steering Committee (as Vice Chairman).

In the international sphere, he presently serves as the Vice Chairman of Belt and Road International Lawyers Association and has also spearheaded international missions for the Law Society of Singapore to China, Japan and Indonesia (to name a few jurisdictions). He was also privileged to host the inaugural ASEAN Bar Council in Singapore in 2018 that saw Bar Presidents from all the ASEAN Bar Associations converge for a historic summit.

Gregory has been intentional to catalyse diversity initiatives such as (i) promoting age diversity through Junior Bar inclusiveness; and (ii) in gender diversity, initiating an idea turned task force turned committee for Women in Practice to nurture female talent.

He is particularly passionate about mediation, serving on the Panel for the Singapore International Mediation Centre and having co-mediated the first cross-border mediation case together with Yoshi Takatori-san under the JIMC-SIMC protocol.

Enjoying a long friendship over the years with former CLA President Santhaan, he considers the jointly organized conference by the Commonwealth Lawyers Association and Law Society of Singapore on “Mediation – a Commonwealth Perspective”, the brainchild of Steven Thiru, Vice President (Australasia), CLA and featuring the Honourable Justice L Nageswara Rao of the Supreme Court of India and President Brian Speers to be a highwater mark of international lawyers’ collaboration. He considers that such teamwork among international lawyer leaders is vital to give hope and stimulate resilience during these difficult times of COVID-19 and its aftermath.

Appointed Senior Counsel in 2019, he is a commercial dispute resolution practice leader in litigation and arbitration.

If elected to Council, he hopes to bring his past and ongoing rich experiences and expertise as Bar Leader to serve the CLA Council to complement the talents and gifts of other leaders. He acknowledges that there is more to learn and much to respect and honour in pioneers, past dedicated leaders and stalwarts in CLA. A proud moment was to have the Commonwealth Lawyers Association (represented by President Santhaan) present and honoured during the Opening of Legal Year Singapore 2018.