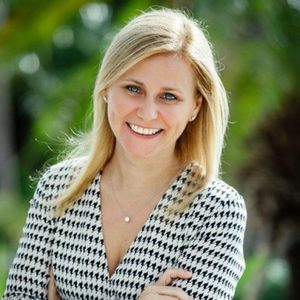 Sophie is a British national. A mother of four and fierce supporter of women in law. Sophie’s early years were spent in London, Brussels (Belgium) and Grand Turk, the capital of the Turks and Caicos Islands.

Sophie has been practising corporate, commercial and finance law for nearly 25 years. She began her career in 1997 in private practice in the City of London at a top 20 firm. She left private practice for a couple of stints in-house with two large investment banks, also in London. In 2007, she spent six months managing Toleza Farm and Cotton in Malawi. She then took on the role of Campaign Manager for a parliamentary candidate in the UK General Elections in 2010.

Sophie attended the 1996 Commonwealth Lawyers Association conference in Vancouver, Canada with her Barrister late father. That trip – and the people she was able to meet on it – sparked her interest in the Association and the broader implications of the Commonwealth. In Sophie’s words “As a Recently Qualified starting out in the profession, the diversity of the cultures and people represented at the conference and the collegiate and collaborative nature of the gathering was – and to this day still is – impressive to me in respect of the CLA”.

Sophie sees the recent changes in the Constitution of the Association which expand the Council as creating exciting opportunities for small island nations such as the Turks and Caicos Islands to have a presence and a voice on the international platform that is the Association.