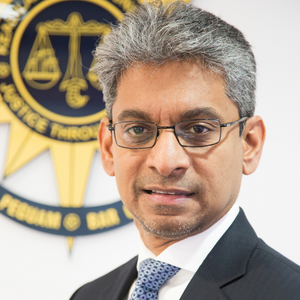 Steven was ranked as a “Leading Individual for Dispute Resolution” by the Legal 500 Asia Pacific 2019 and as a “Distinguished Practitioner” by Asialaw 2020 and 2021. Recently, Chambers Asia-Pacific 2021 has recognized him as “…a well-regarded and experienced practitioner…” in Dispute Resolution and also as “…well regarded for contentious matters, frequently acting on a range of employment disputes” in the Employment & Industrial Relations practice area.

Steven has been a CLA member since 1999 and a CLA Council member since 2006. He became the Chair of the Australasia Hub in 2018 and was elected as Vice President (Australasia) of the CLA in 2019.

Steven brings 29 years of professional experience as a lawyer, which includes 10 years on the Bar Council of Malaysia. He served as the 31st President of the Malaysian Bar in 2015 and 2016. He is currently one of the Vice Presidents of LAWASIA.