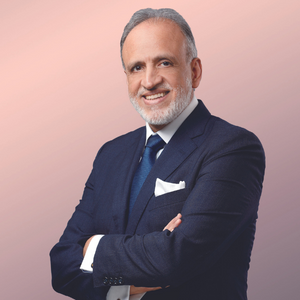 Mr. Nasir is admitted as a solicitor in Hong Kong and England and Wales and previously at the Dubai International Financial Centre.

This is his 17th year on the Council of the Law Society of Hong Kong and his 6th term as its Vice President.  He is a Council member at the UIA and its Regional Secretary for China and neighbouring countries. He is second listed Council member of the IBA. He serves on the Rules Committees for the High Court and the Court of Final Appeal. He sits on the Advisory Committee on Pilot Scheme for Provision of Public-funded Assistance for non-refoulment Claimants. He was a member of the Equal Opportunities Commission and chaired its compliance committee dealing with all cases of discrimination in Hong Kong as a well as policy initiatives on educating the public and companies on anti-discrimination. He was also on the Government’s Committee on the Promotion of Racial Harmony. At the Commonwealth Law Conference in Hong Kong in 2007 he spoke on Islamic Finance. He is Hon. Treasurer (past Chairman) of the Incorporated Trustees of the Islamic Community Fund of Hong Kong which holds and manages all the mosques in Hong Kong. As a result of his public service he was appointed Justice of the Peace in 2005 and awarded the Medal of Honour in 2015.

He chairs various Law Society committees most notably the Constitutional Affairs and Human Rights Committee, InnoTech Committee, International Legal Affairs Committee, Guide to Professional Conduct and Islamic Finance Working Party. He is the Chairman and Director of the Solicitors Indemnity Fund Limited (SIF) which provides professional indemnity insurance cover, manages the fund, makes investments, provides claims handling and advises Council on all matters relating professional indemnity. Effective management of the SIF has allowed the profession to receive a reduction in premia ranging between 33% to 80% a year over the past decade.

The Constitutional Affairs and Human Rights Committee has had to address a whole host of Basic Law issues arising in Hong Kong most notably Extradition, National Security Law and attacks on the Judiciary. The International Legal Affairs Committee has established links with over 35 overseas lawyers associations and international legal organisations and has held a number of conferences and webinars on topics of mutual interest. Mr. Nasir has participated in numerous international conferences around the world and had attended Opening of the Legal Year programmes held by various jurisdiction over the past pre-COVID years, including Brunei Darussalam, Malaysia, Singapore, England & Wales and France. He has manged to reorganise the technology committee to focus on innovation leading to two legal Hackathons, the Law Hub and development of law tech through participation with the Global Acceleration Academy of the Hong Kong Science and Technology Park.  He is presently involved in the amendments to the professional conduct rules which require policy considerations on issues of professional ethics in the new normal.

The above experience is what he brings to the Council of the Commonwealth Lawyers Association and in particular insight on various issues on policy on multijurisdictional practice and the administration of law. Participation in the CLA will offer a different dimension to his experience in the administration of legal systems, particularly in Hong Kong, being the only common law jurisdiction within the People’s Republic of China.