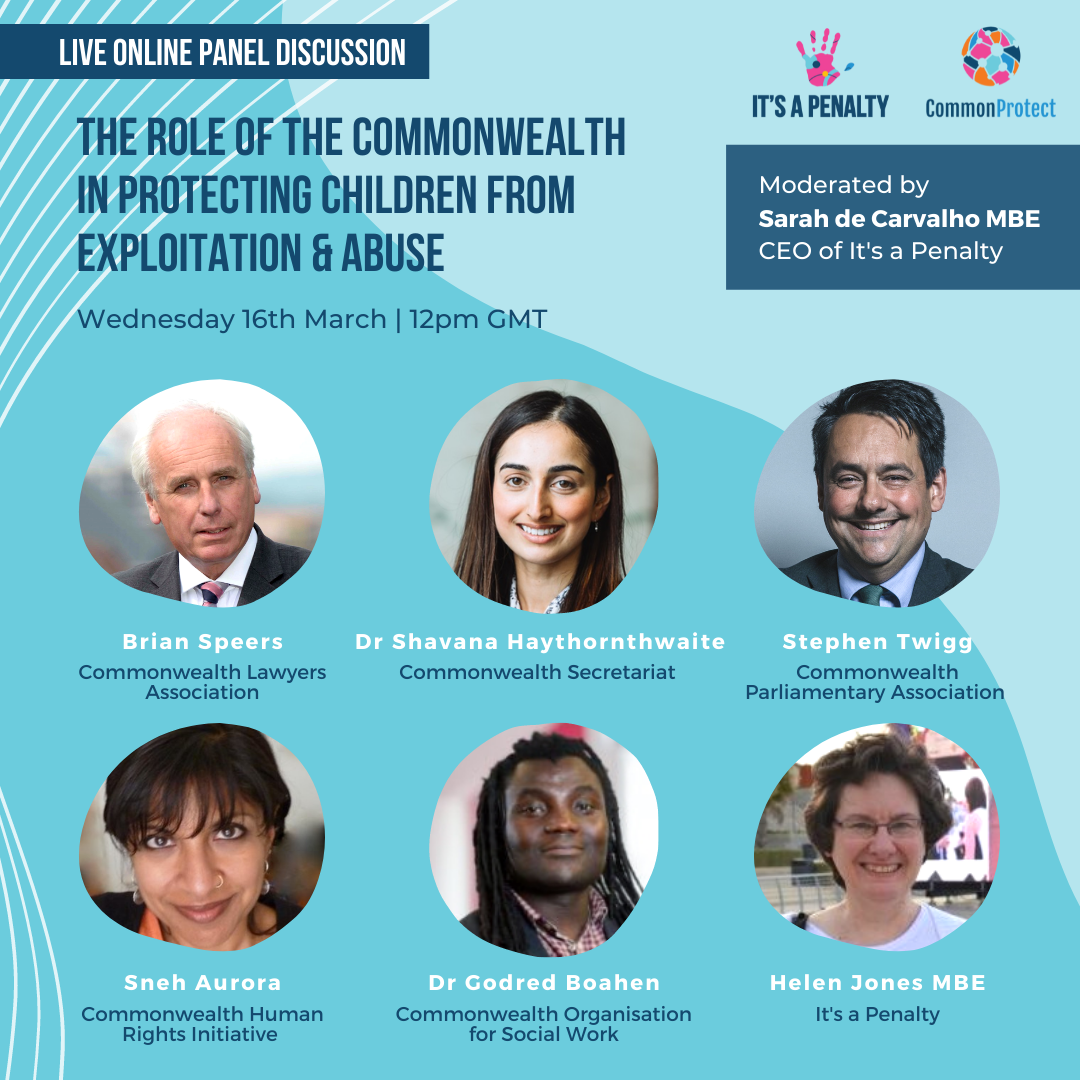 In celebration of Commonwealth Week, join It’s a Penalty, CommonProtect and Commonwealth experts for an exciting live panel discussing the role that the Commonwealth can play in protecting children from exploitation and abuse.