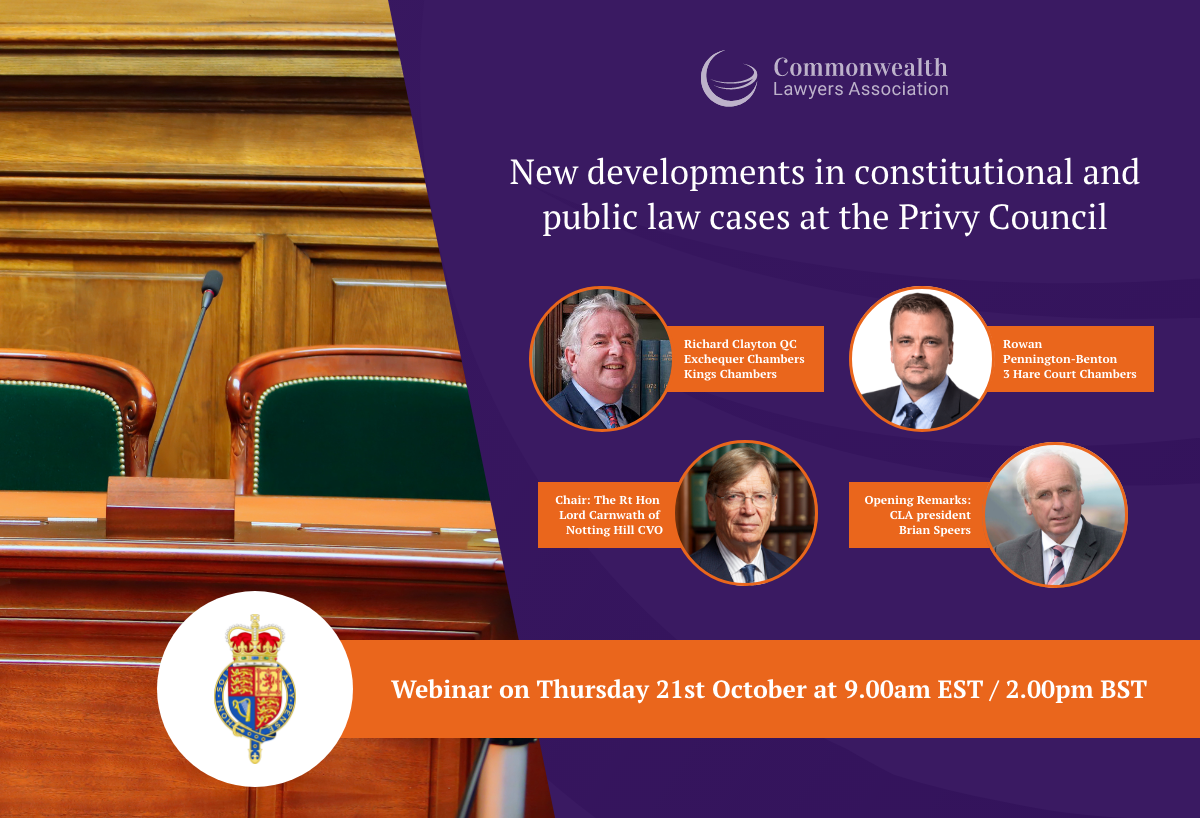 Registration is now open for the first in a series of three webinars exploring the work of the Privy Council.

The Commonwealth Lawyers Association  invites you to join us for a discussion chaired by Lord Carnwath of Notting Hill and led by Richard Clayton QC and Rowan Pennington-Benton, with a focus on  practitioners who bring (or wish to bring) appeals to the Privy Council.

Richard Clayton QC and Rowan Pennington-Benton will explore hot topics of interest in this first of the series, highlighting new directions and interesting developments which could give rise to Privy Council appeals. The first webinar in the series will concentrate on new developments in constitutional and public law cases.

We look forward to welcoming attendees to this first webinar in the series and there will be a Q and A opportunity following our panel discussion. Should you wish to submit a question prior to the session, please email info@commonwealthlawyers.com referencing this event. Questions can also be submitted using the Q&A function during the webinar itself.