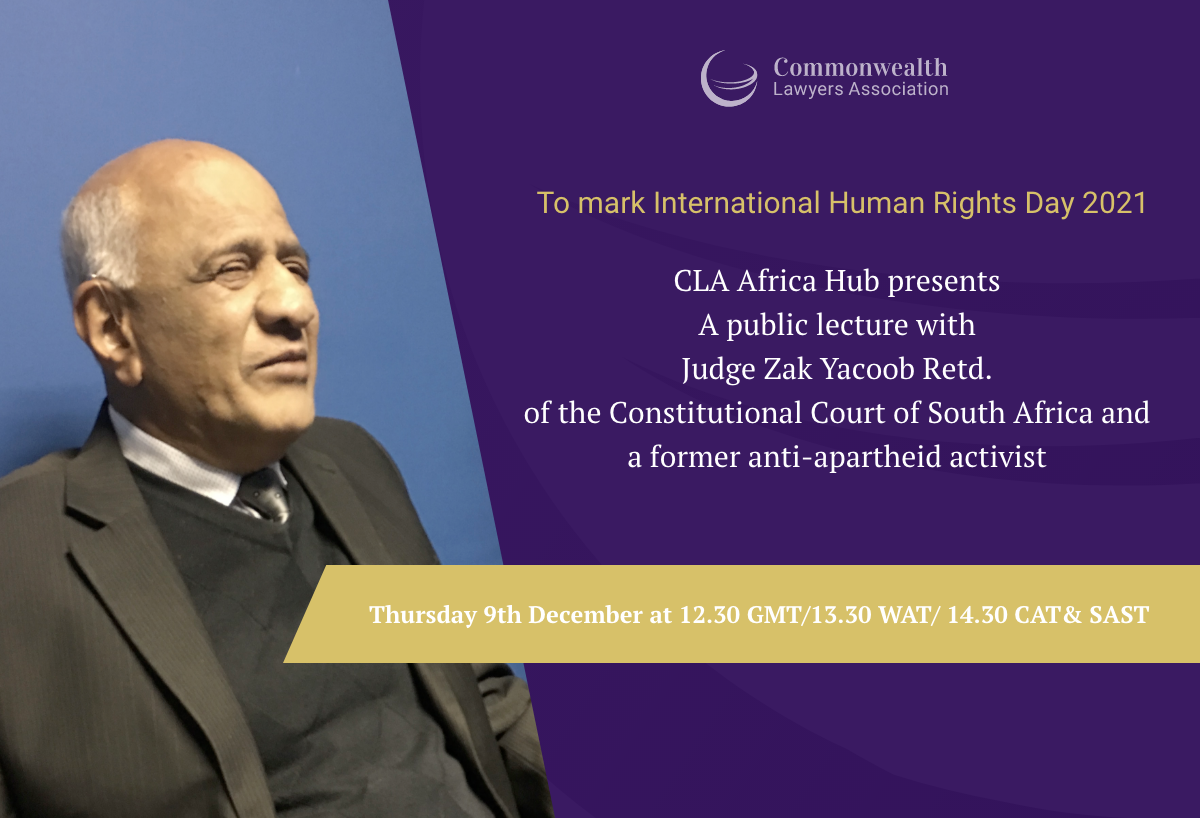 Join the CLA Africa Hub in celebrating the International Day of Human Rights 2021 with a Public Lecture in this popular series of discourses with eminent jurists from the Hub.

Presenting on this year’s theme of equality, the Hub are delighted to welcome Judge Zak Yacoob, of  the Constitutional Court of South Africa Retd, to deliver the Lecture.

Retired as a judge of the Constitutional Court after 15 years’ service on 31 January 2013.

Completed BA LLB at University of Durban-Westville at end of 1972 and practiced at the then Natal Bar as junior and senior counsel until 31 January 1998.

While in practice, as an advocate, in addition to commercial work, he was:

Was a member of the:

He has taught at International Law Schools in Seattle, Melbourne, Maryland and in the joint programme between The Howard Law School, Washington and the University of the W Cape.

Was Chairperson of the Board of the South African Library for the Blind from 1 October 2007– 30 September 2013.

Since his retirement he:

Was Chair of Public Interest Litigation at IALS/ILS, Pune, India for 3 months in 2015

Was Ombud of University KZN,