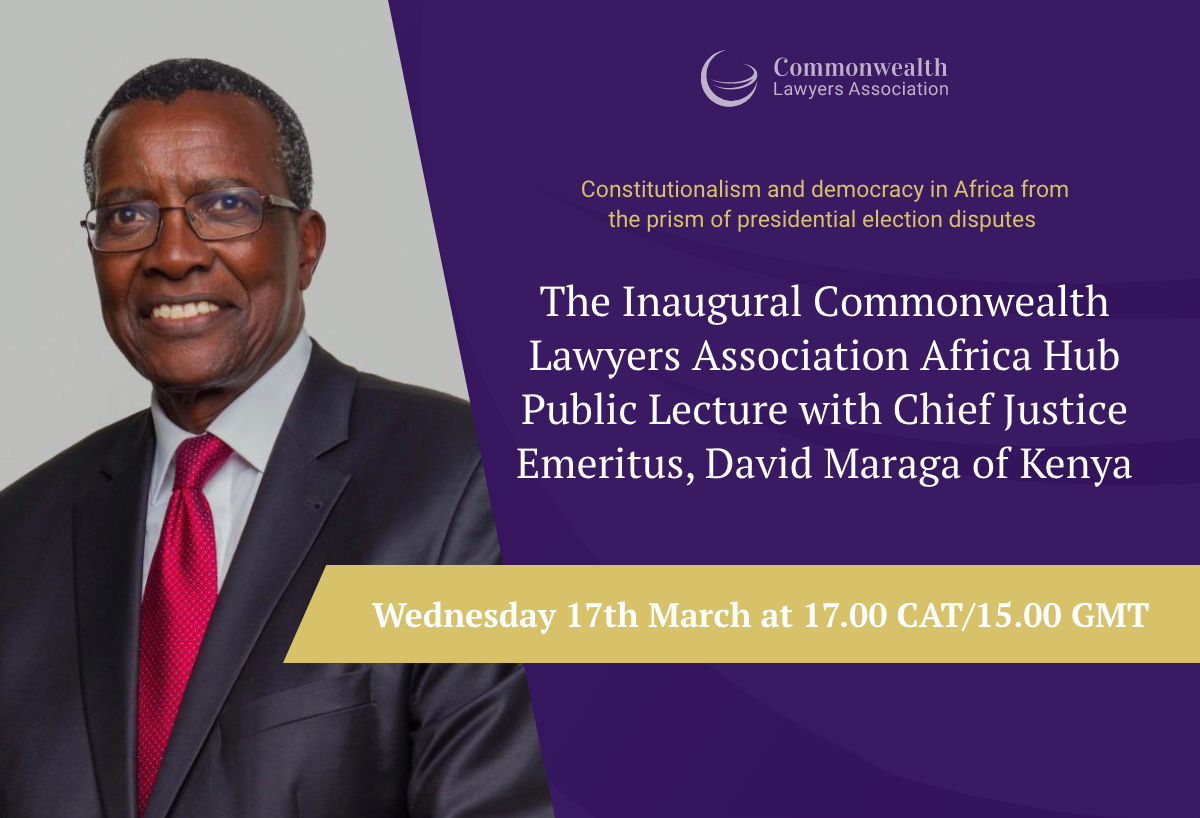 Retired Chief Justice David Maraga holds Bachelor (LLB) and Master of Laws (LLM) degrees from the University of Nairobi and is a Fellow of the Chartered Institute of Arbitrators (FCIArb) London. Prior to joining the Judiciary, CJ Maraga was in private practice for over 25 years. He was appointed Judge of the High Court in 2003 and Judge of the Court of Appeal in 2012. He served as the Presiding Judge of the regional bench of the Court of Appeal at Kisumu, and was the Chair of the Judiciary Committee on Elections (JCE); a standing Committee of the Kenyan Judiciary that is charged with the responsibility of overseeing the efficient disposal of election matters by the courts.

CJ Maraga is a recipient of honorary doctoral degrees from Daystar University and Adventist University of Africa in Kenya, as well as Andrews University in Michigan, USA, all in recognition of his distinguished service and courageous leadership. CJ Maraga has also received numerous awards in recognition of his defence of the rule of law among them, the International Commission of Jurists-Kenya (ICJ-Kenya) Jurist of the Year 2017, the CB Madan Award (2017), the Law Society of Kenya award for Distinguished Service in the Administration of Justice (2018). In 2016, the Head of State honoured CJ Maraga with the state honour of, the Elder of the Golden Heart (EGH), in recognition of exemplary service to his country.

CJ Maraga is a Christian and an Elder of the Seventh day Adventist Church. He is married with three children.