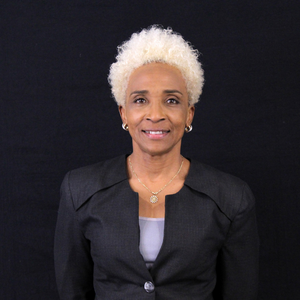 Heather F. Felix-Evans is the President of the Dominica Bar Association. She has been a member of the legal fraternity for the past 27 years, having been called to the Dominica Bar in October 1993 after completing her Certificate in Legal Education at the Norman Manley Law School in Jamaica. Mrs. Felix-Evans worked in the Public Service as a State Attorney and as the Senior State Attorney from 1993 to August 2001 during which time she pursued and obtained a Masters of Law in Comparative Law from the University of Miami School of Law in Florida in 1996. Mrs. Felix-Evans has been practicing at the private Bar in the Commonwealth of Dominica since September 2001. She heads the Law Firm, Optimum Legal Practitioners & Corporate Services Inc where she is engaged in a reputable civil practice representing clients in varied areas of law including, matters of public interest, defamation, contract, insurance, employment, succession, divorce and family law. Mrs. Evans is a practicing Court-Appointed Mediator since October 2004