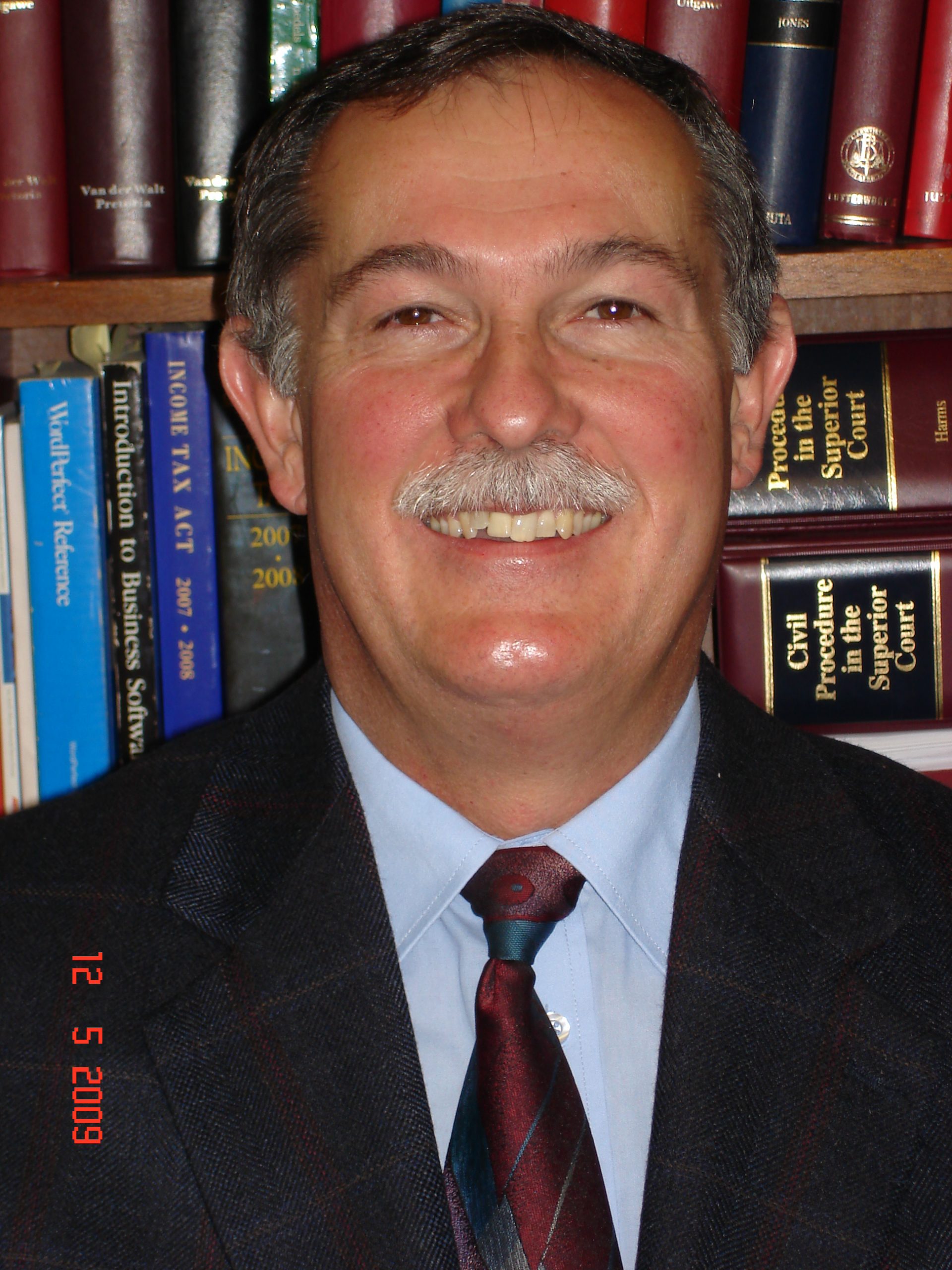 B Iuris conferred by the university of the Free State in 1974.

Councillor of the Commonwealth Lawyers Association since 2013.

Is serving on various committees of the Free State Law Society and the Law Society of South Africa inter alia Deceased Estates, Trusts and Planning Committee and Competition Committee.

Currently chair of the Fica Committee of the Law Society of South Africa.

Trustee of the Legal Provident Fund since April 2009.