We maintain and promote the rule of law throughout the Commonwealth.

Commonwealth countries share a substantial common ground in their legal systems. The CLA is committed to the preservation of the highest standards of ethics and integrity and to the furtherance of the rule of law for the benefit of the citizens of the Commonwealth.

The CLA’s objectives, as enshrined in its Constitution, are to maintain and promote the rule of law in the Commonwealth by:

CLA seeks to uphold the rule of law by encouraging exchanges between members of the profession through projects, conferences and workshops and by driving improvements in legal education.

CLA hosts a conference in a member state every two years. Our latest conference was in Nassau, The Bahamas in September 2021, and our next will be in Goa in March 2023. For more information about the Commonwealth Law Conference please visit the conference website where you will find regular updates.

CLA also supports a number of smaller, regular events throughout the Commonwealth (see our events section).

The Headquarters and Secretariat

The Commonwealth Lawyers Association Headquarters can be contacted C/O Godfrey Wilson Ltd, 5th Floor, Mariner House, 62 Prince Street, Bristol BS1 4QD and conducts the day-to-day business of the Association under the direction of the Secretary General and the Executive Committee.

The Secretariat provides administrative services related to membership of the Association, represents CLA at public events and promotes and supports the organisation of the conference.

If your enquiry relates to membership, please go to the membership page for further information.

The Secretariat is headed by the association’s Secretary General. The SG is responsible for the general management of the association’s activities including all projects and maintaining relationships with all external organisations including the official Commonwealth. The SG represents the CLA and its President at his request, attending events and meetings in his absence when necessary. The SG is one of only two full time members of CLA’s staff.

“CLA seeks to uphold the rule of law by encouraging exchanges between members of the profession through projects, conferences and workshops and by driving improvements in legal education.” 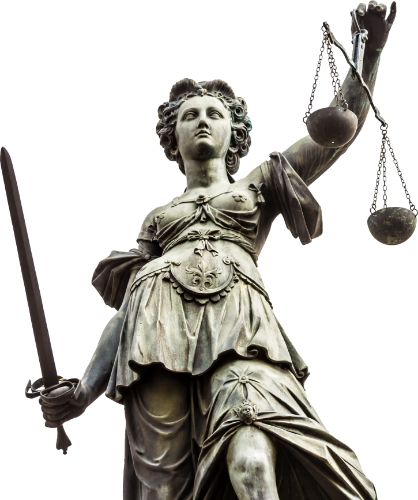 The Commonwealth Lawyers Association (CLA) is a membership association.

Our funding comes predominantly from paid membership subscriptions, sponsorship and our regular programme of conferences and events.

CLA’s council is responsible for the policies of CLA and comprises up to 29 voting members including a President, 4 Vice Presidents, Honorary Treasurer and representatives of Commonwealth member countries listed above. In addition, the council has four Honorary Life presidents who are non-voting members of the council.

Council members meet in person in conference years and via teleconference on a regular basis. All members of the council are volunteers. Council members are subject to election by the general membership every two years during the Commonwealth Law Conference. Members are generally nominated by the governing bodies of their jurisdiction. Council members serve for two years but are eligible for re-election.

The Executive Committee are responsible for the day-to-day business and running of the association. The current Executive comprises thirteen voting members and ‘co-opted or ex-officio’ members who are non-voting members. Among its members are the Board of Directors for the CLA’s company limited. Members include senior working barristers and solicitors based in the Commonwealth. Members meet regularly throughout the year to offer their support and specialist legal knowledge to the association and to consider appropriate projects, interventions, and other general business of the association in line with CLA policies. Executive Committee members are volunteers and are appointed by the CLA’s council for a period of two years at the Commonwealth Law Conference after the council’s election and may serve more than one term of office.

Throughout CLA’s history it has, on four occasions, recognised long service to the Association and the profession. Our honorary life presidents are considered by the membership to be persons who have distinguished themselves by their commitment and service.

In September 2007, Mr Colin Nicholls QC was made Honorary Life President of the CLA in recognition of his outstanding service and contribution to the association over many years. He was presented with the award by the outgoing President, Mr Graeme Mew, at the Commonwealth Law Conference in Nairobi, Kenya.

In April 2009, Dato Dr Cyrus Das was made Honorary Life President of the CLA in recognition of his outstanding service and contribution to the Association over many years. He was presented with the award by the outgoing President, Mr Ron Heinrich, at the Commonwealth Law Conference in Hong Kong.

In 2015, Mr Soli Sorabjee was made Honorary Life President at the General Meeting in Glasgow. Mr Sorabjee’s lifetime commitment to the legal profession and defence of the rule of law was unanimously acknowledged by members in attendance.

In 2019, Ron Heinrich was made an Honorary Life President in recognition of his outstanding service and contribution to the Association over many years. He was presented with the award by the outgoing President, Mr Santhaan Krishnan, at the Commonwealth Law Conference in Zambia.

General Meetings of the Membership

A general meeting of the members is held during the biennial Commonwealth Law Conference, normally at the conference venue. The general meeting is open to all fully paid up members. It approves the minutes of previous meetings, receives reports from the Council, and receives the accounts of the CLA, elects members of Council and delegates such authority as it considers necessary to facilitate the work of the CLA. Decisions at the general meeting are made on the basis of general consensus.

Regional Hubs have been created as an initiative by our Council to broaden and promote our work.

Our 4 Vice Presidents – Americas, Africa, Europe and Australasia- chair and oversee the activity in their regions by reporting on regional issues, convening meetings, holding events and promoting relationships with their Bar organisations. This gives the CLA’s central operational committees unique insight into the Commonwealth wide legal issues that we exist to support. 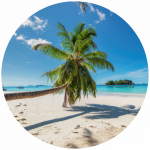 Young Lawers are classed as those that have been called to the Bar in the last 7 years. 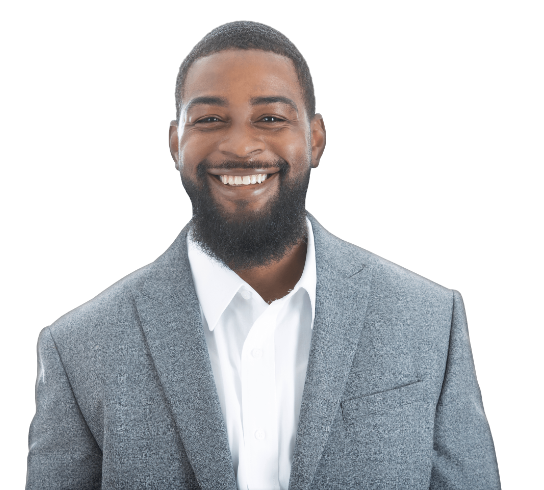 As an association, CLA have identified that Young Lawers are well-placed to help
support the mission of the institution, whilst making recommendations on ways that CLA can further support their learning and development.

As a new initiative for the organisation, Young Lawers are now represented at the heart of CLA’s work. A core group has been established to further issues that are relevant to those who are new to the profession. The team represent all regions of the Commonwealth and report to the Executive who approve and support their initiatives.

To find out more about YCLA and how it can help & support your ambitions, click here.

Join our growing Recently Qualified membership or sign up for our newsletter to stay informed of this evolving work. 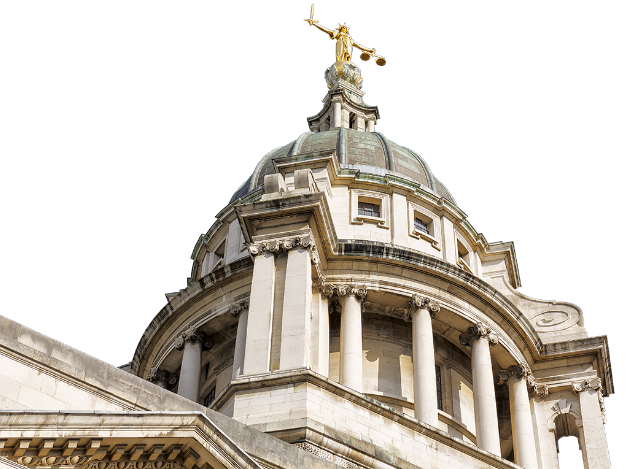 History and the Commonwealth Law Conference

“The CLA is governed by its Council of 29 members drawn from some of the most senior legal professionals in the Commonwealth today. CLA has four Honorary Presidents who act as its advisers.”

The CLA was originally housed in the Law Society of England and Wales but became independent in the early 90’s when it moved to offices to 28 Russell Square, London. A further move to 17 Russell Square took place a few years later and the Association remained in Charles Clore House until 2013, when a decision was made to move the offices closer to the Inns of Court and official Commonwealth offices. CLA relocated to Kingsway in December of 2013 and remained there until its most recent move to Canterbury in Kent to larger offices able to accommodate an increase in staff.

The CLA is governed by its Council of 29 members drawn from some of the most senior legal professionals in the Commonwealth today. CLA has four Honorary Presidents who act as its advisers.

In organizing the second Commonwealth & Empire Law Conference (Canada,1960), the organizers realized that as the number of members of the Commonwealth had increased over 5 years, planning decisions needed to be made by the conference host country in consultation with the newly appointed Inter – Commonwealth Advisory Committee (ICAC) comprising of lawyers from 10 Commonwealth countries.

The representative from Ceylon (now Sri Lanka) on the ICAC raised the issue of the desirability of establishing a British Commonwealth Law Institute. This reflected the considerable and widespread view that further connection between lawyers was desirable, and it was decided to invite the committee to consider the issue and any detailed proposals at the next conference to be held in India.

As a direct result of this, the Commonwealth Legal Bureau (CLB) was established in 1968 as a loosely knit association of bar associations and law societies.

The first Commonwealth Law Conference (5th Conference) was held in Scotland in 1977. Prior to conference, the CLB elected Mr Laurence Southwick to be the Honorary Secretary. It was also agreed that the CLB should be constituted on a more formal basis – with a Constitution setting out its powers and responsibilities. It was felt that it had done useful work in the past and would continue to do valuable work in the future as an ongoing and developing link between the bar associations and law societies of the Commonwealth. The CLB would be answerable to the ICAC and would have responsibility for the law conferences.

The CLA now holds a biennial conference, the last being held in Nassau, The Bahamas in September 2021 and the next one being held in Goa, India in 2023. The conference upholds the tradition of bringing together judiciary, lawyers and legal professionals from throughout the Commonwealth.

The Commonwealth Law Conference (CLC) is probably the most well-known activity of the CLA. The CLC is a prestigious event that brings together legal practitioners from all over the Commonwealth to debate current issues affecting practice and the profession, exchange views and experiences with colleagues and get up to date with the latest commercial products and services.

First held in 1955, the CLC has been organised on a regular basis ever since. It was initially held every five years but, as a result of its success and popularity, this was reduced to every three years. The conference now takes place on a biennual basis.

A list of the Commonwealth Law Conferences is shown below: 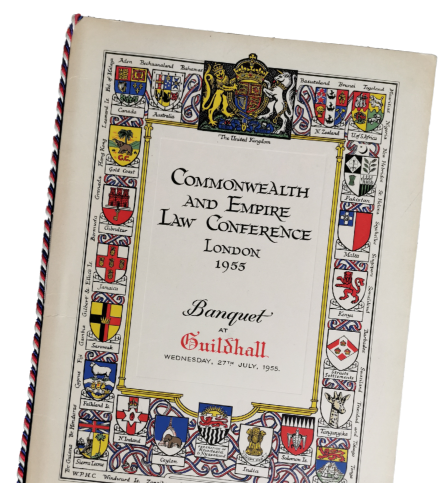 As an association, CLA seek to be fully-transparent with our constitutional commitments.

Please see these links for our outputs from the Association meetings:

CLA is a member of the Commonwealth Legal Forum (CLF). The CLF exists to exchange and share news on issues relating to each organisations efforts to further the Rule of Law in the Commonwealth.

Out of this group partnership opportunities and synergies arise to further projects and initiatives for all the members. The membership of the group includes: