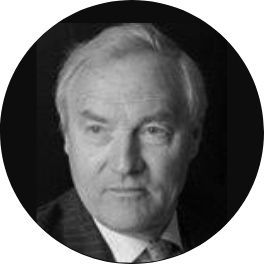 Colin Nicholls KC is a barrister and Bencher of Gray’s Inn whose specialist experience includes war crimes; human rights; extradition and mutual legal assistance; corruption; complex commercial crime and cybercrime. He was a Recorder of Crown Courts from 1983- 1998 and was licensed to sit as a judge at the Old Bailey.

He has been called ad hoc to the Bars of Hong Kong, Gibraltar and St Helena. He has advised and appeared in extradition cases since 1973 and given expert evidence in Ireland, Kenya, and the United States.

His international experience includes advising governments and private clients in cases in the Channel Islands, Cyprus, France, Gibraltar, Hong Kong, Kenya, Italy, Switzerland, the United States, Venezuela, The Bahamas, India and Pakistan. He advised clients in connection with the Bhopal, Marcos and Bofors litigations, in the mani puliti trials in Italy, and in the ‘cash for honours’ scandal in England. He acted as observer for Article XIX in a seditious libel in Zagreb.

In three cases between 1984 and 1989 he represented fugitives whose extradition from the UK was sought for capital murder in the United States and who risked the death penalty and significantly at that time the risk of ‘the death row phenomenon’. In 1989 in Soering v UK, the case of an eighteen year old German student accused of murdering his girl-friend’s parents, the European Court of Human Rights changed forever the relation between extradition and human rights law when it ruled that extradition could violate the Convention although the risk of ‘death row’ contrary to art 3 would be inflicted by a non-member State. The Soering Principle has since been applied to deportation cases and other articles of the Convention such as fair trial and to the death penalty itself having a profound influence on the development of the laws of Commonwealth member states. No longer can governments remove aliens from their territories without appreciation of their human rights obligations.

In 2009 he was amicus curiae in the appeal of the former Bosnian president, Momcilo Krajisnik against his conviction for crimes against humanity at the ICTY; and defended Daniel James, a British soldier and interpreter for General Richards for spying in Afghanistan. Complex commercial trials in which he led for the defence include the Guinness case, George Walker of Brent Walker, and Abbas Gokal in the Bank of Credit and Commerce scandal

He attended his first Commonwealth Law Conference in Hong Kong in 1983 with his twin brother the late Clive Nicholls QC, both becoming members of the newly formed CLA at the Conference in Jamaica in 1986. The same year he became a vice president of the CLA representing England and Wales, the post having been offered to either twin. He became the CLA’s honorary treasurer in 1998 and its honorary secretary in 1999 and was elected its President in 2003.

During his presidency the CLA appointed its first secretary general, Claire Martin and established an office in the School of Oriental Studies in London. In 2003 with Sir Sydney Kentridge QC and Tim Otty QC he was counsel filing the CLA ‘s amicus briefs in the Guantanamo Bay appeals in the US Supreme Court in Rasul v Bush and subsequently in Boumedienne, and in 2005 its intervention in the appeal of A and Others v The Secretary of State relating to the admissibility of evidence obtained by torture.

In 2007 following the death of Lieutenant Colonel Hurley Whitehorne OJ he was elected the CLA’s honorary life president in recognition of his services to the CLA and the legal profession
in the Commonwealth.

He was a member of a Working Group of the Law Commission on the UK’s Bribery Bill and gave evidence to the Joint Parliamentary Committee on the Bill in 2009. He was a member of TI (UK)’s Advisory Group on the UK’s National Integrity System in 2011, and of TI(UK)’s Taskforce on Illicit Enrichment which led to the introduction of unexplained wealth orders in the Criminal Finances Act 2017.

He is lead author of Corruption and the Misuse of Public Office, published by Oxford University Press. The third edition was published in 2017.

A keen painter, he has managed to combine his painting with his travels on behalf of the CLA. He has exhibited works in exhibitions of the Royal Hibernian Academy, Royal Institute of Oil Painters and The New English Art Club and from 2001-2007 was a governor of the Federation of British Artists.