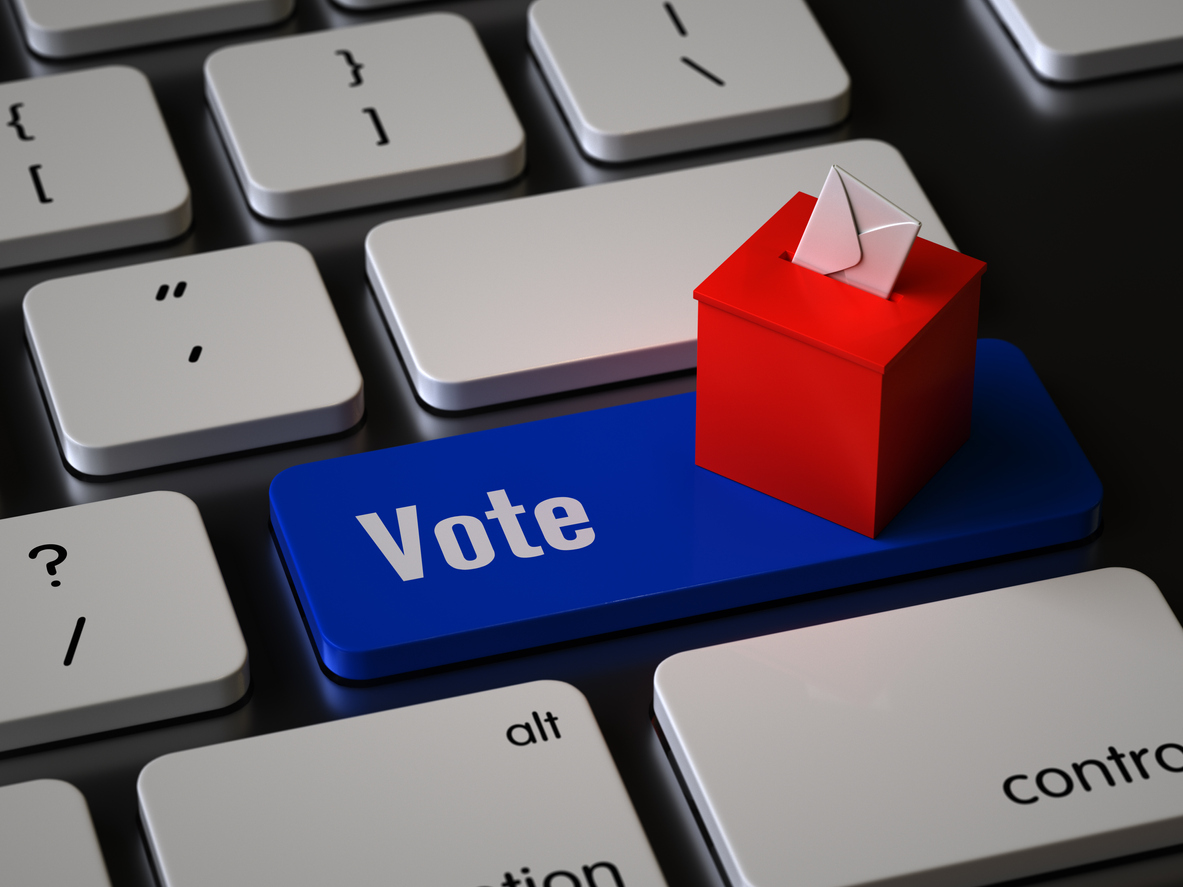 “In any election, it’s important that the public perceives that the election is held fairly.” — Avi Rubin

The first recorded popular elections of officials to public office, by majority vote, where all citizens were eligible both to vote and to hold public office, date back to the Ephors of Sparta in 754 BC, under the mixed government of the Spartan Constitution. Today`s article however is not about the history of elections, but rather the future.

The first patented voting machine dates back to 1869 and was invented by no other than Thomas Edison. During this time, governmental bodies would vote by roll call: every representative had to vote “aye” or “nay” aloud and a scribe would write and count each vote. (Reich, 2016). Unfortunately, Edison’s first-ever patent was not as successful as he expected and was never well received by legislators of the time.

Kenya’s expansive use of technology in elections grew in part from the 2007 Kriegler report, coming in the aftermath of the violence that claimed more than 1,000 lives. That report indicated that the use of technologies in elections could strengthen public confidence in the election outcome. However, in reality, it sometimes has the opposite effect.

Each of these parties generated piles of documents that needed the court’s attention in 14 days. The SCOK did not disappoint in meeting the Petitioners` onslaught of paperwork. The election technology in the appeals process was for the first time implemented through an e-filing system to allow petitions to be submitted electronically. Judiciary staff and Judges received extensive training on election technology in advance of the vote.

In the petitions were diverse allegations of illegality and fraudulent calculated schemes made by the Azimio brigade, with technology at the heart of the petitioners’ claims. They requested that

SCOK in its own wisdom condensed the issues for determination into just eight, three of which were based on technology and perhaps the basis of how the case crumbled only to come to be known as “fake, hot air and immaterial”

‘Whether the technology deployed by the IEBC for the conduct of the 2022 elections met the standards of integrity, verifiability, security, and transparency to guarantee accurate and verifiable results’

The court ruled in favour of the Independent Electoral and Boundaries Commission (IEBC) and found through the IT Scrutiny report, IEBC demonstrated that they do have in place the requisite ICT Security Policies, Practices and Procedures to ensure the integrity of the system.

Through the IT scrutiny exercise, there was a review of relevant logs by the Petitioners in their quest for evidence of interference but unfortunately for them, the court again found that there was no evidence to support the interference allegations.

The Petitioners’ allegations centred on the Form 34 As, the court ordered IEBC to ‘open’ the results transmission servers (RTS). That being the only aspect the court order captured for “opening”, IEBC, therefore, had no obligation to open additional servers – at the risk of exposing its entire infrastructure – without additional court orders.

‘Whether there was a difference between Forms 34A uploaded on the IEBC Public Portal and the Forms 34A received at the National Tallying Centre, and Forms 34A issued to the Agents at the Polling Stations.’

It was the Petitioners’ contention that the digital Form 34As left the polling station in JPEG format and were perhaps manipulated along the way such that they arrived at destination in the PDF format. Questions here centrered on if the technology deployed was susceptible to hacking as was alluded to in the various sworn affidavits presented in support of the Petitions.

Again, through the scrutiny report, the SCOK found that by design, the JPEG format is converted at source by the Kenya Integrated Election Management System (KIEMS) kit into PDF – before transmission.

That being the Court`s finding, it was then clear that there were no discrepancies between the digital forms uploaded on the IEBC public portal as compared to the physical versions of Form 34A which had earlier been surrendered to the court by IEBC.

In the end, the court rejected the petition on all counts.

The Upsurge of Electronic Voting Methods

Currently, there is “no known technology that can guarantee the secrecy, security, and verifiability of a marked ballot transmitted over the Internet.”

Delegations of observers commended the efforts of IEBC. Other reports found that the Commission did not do enough to help voters better understand the role of election technologies. As such, the IEBC missed an opportunity to increase public confidence in the processes surrounding procurement, voter registration, voter verification, and equipment testing.

According to Lord Mark Malloch-Brown, Chairman, Smartmatic (2014-2020) “Free and fair elections are the backbone of every democracy – an election is the time when the power is fully in the hands of the people as they vote to shape the future of their country. But too often elections do not meet the standards needed to ensure that citizens are effectively able to hold their governments to account through the ballot box.”

As electronic devices become cheaper, more powerful, and more secure, it will not be long before a variety of inexpensive, reliable electronic voting methods become widely used.

Kenya has to prepare and look ahead to improved methods of handling matters election. But how? That is the question on many minds

It has been proposed that the IEBC needs to move quickly to conduct a full review of the 2022 vote so that preparations for the 2027 election can begin far in advance of the polls. This would also call on lawmakers, the media, and civil society to do everything possible to support the IEBC’s facilitation of these preparations.

Proposals hot off the stove include:

In the future, automation will focus on safer, more efficient systems that require less human and monetary capital and have lesser exposure to external factors.

These processes, which imply changes in structure and in the attitude of the citizenry, will allow democracy to become a stronger institution thanks to technology, and it will increase the trust people have in their governments.

What legislative and policy reforms should we address ahead of the 2022 general elections? These questions will be addressed in my next article.