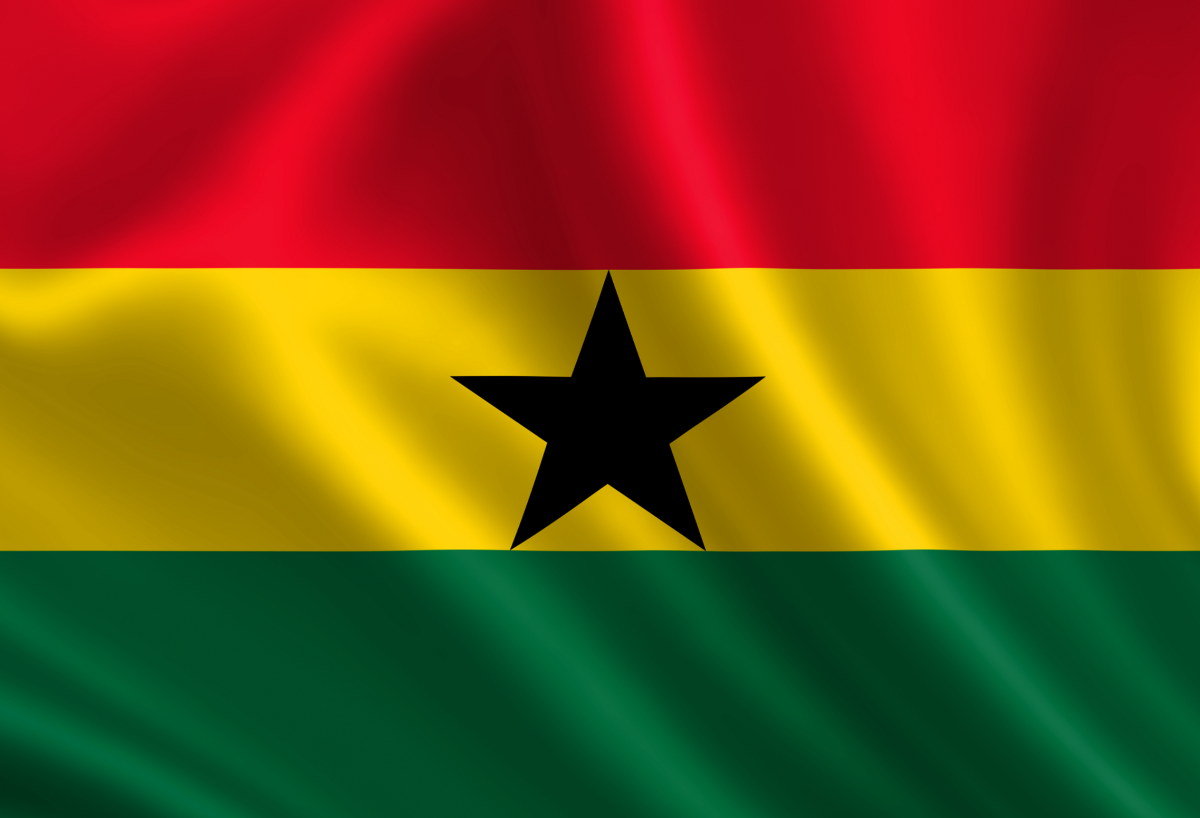 Ghana’s general elections were held on December 7, 2020, to elect a President and 275 members of Parliament. The election has been one of the most contentious and arguably the most controversial under the country’s 4th Republic. It resulted in a disputed Presidential result which is currently pending before the Supreme Court. More than a dozen parliamentary results are also being contested in various High Courts. The election has also produced a hung parliament which is in turmoil. It is Ghana’s 8th general election since the country’s return to multi-party democracy almost three decades ago. According to the Electoral Commission (EC), 13,433,857 out of the 17,027,641 registered voters voted in the 2020 election, another high turnout for Ghana.

Ghana’s democracy is widely viewed as consolidating, with some key tenets like multi-party contests, free and peaceful voting, and term-limits, among others which are largely guaranteed. While there are many important lessons others can learn from these successes, Africans must pay greater attention to Ghana’s electoral shortcomings for a more informed and balanced discourse that pushes for reforms where needed and allows the necessary lessons others can learn from her failures.

One of the biggest lessons from the 2020 elections is that consolidating democracy requires on-going and intentional effort, not only to improve, but also to defend and re-affirm existing gains. It was a much-needed wake-up call. Issues of who is “a Ghanaian” and who can or cannot vote suddenly emerged as key contentious issues throughout the 2020 electioneering process – matters that Ghanaians have long taken for granted as settled.

MATTERS OF RULE OF LAW AND REPRESENTATION

According to the declared results by the EC, the incumbent President Nana Addo Dankwa Akufo-Addo of the New Patriotic Party (NPP) won with 51.302%, with 47.359% going to former President John Dramani Mahama of the National Democratic Congress (NDC). The controversial declaration was immediately disputed by the opposition who are currently before the Supreme Court of Ghana (“SC”) to challenge the results and present their evidence of alleged irregularities, fraud, and errors. The EC’s puzzling changes in its official figures, multiple times, exacerbated the controversy over who truly won the 2020 race.

The Constitution of Ghana guarantees, as fundamental, inalienable, and entrenched, the right of all eligible Ghanaians, to vote for an MP and to equal participation in our electoral politics. Article 47 of the Constitution mandates the EC to divide the country into as many constituencies as it deems necessary and to ensure each constituency/constituent is represented by an MP. It therefore came as a surprise to constitutional law experts and Ghanaians, when, on the eve of the elections, the EC issued a directive to voters in Hohoe Constituency in the Volta Region of Ghana, that they will not be voting in the parliamentary elections on election day.

According to the EC, it intended to create a separate and new constituency for voters in the selected part of the constituency that has since come to be known as SALL (Santrokofi Akpafu, Likpe, and Lolobi). The move was swiftly condemned and rejected by governance groups and activists as unconstitutional, arbitrary, and discriminatory, and against the principles of representative government and universal adult suffrage.

Opposition politicians also condemned it as a direct tactic of arbitrary gerrymandering to favour the ruling party. This unresolved issue remains a stain not only on the 2020 elections and the EC, but on the current parliament and the constitution as a whole. Some citizens have already initiated legal processes to compel the State to have the “SALL” people represented in parliament.

In all this, Ghana missed her biggest opportunity to have a female Vice President, following the historic selection of Prof. Naana Jane Opoku-Agyeman by John Mahama as the first female on the ticket of a major political party in Ghana. Her VP candidacy generated tremendous excitement among gender activists, particularly younger feminists and women’s rights advocates who mobilised and invited Ghanaians to take advantage of what they saw as a golden opportunity. The over 6.2 million votes garnered by her ticket from the official results were, however, not enough to help shatter the proverbial glass ceiling.

Even though Ghana’s Constitution and the long list of statutory legislations promise equal rights, representation, and participation for Ghanaian men and women, there remains a wide gap between such aspirations on our books and the lived reality of Ghanaian women from our past eight general elections when it comes to the highest elected offices of the land.

The other three female candidates in this election, all of them presidential candidates, together received only 0.14% of the total votes cast. Not even close to 1%, even though this is not too far from the general performance of smaller parties in recent elections.

Equally important, is the perennial problem of gender disparity in Ghana’s parliament. Our new parliament has only 40 females, out of the 275 MPs. This represents an abysmal 14% – an insignificant improvement from the last Parliament.

This means, we cannot relent, but fight harder for gender parity governance on the continent.

The 2020 elections further entrenched the existing party duopoly in Ghana’s electoral politics. This further stymies the hopes of the emergence of viable alternatives with the dominance of our politics by the NDC and the NPP. Even though Ghanaians, overwhelmingly, in-between elections, appear to express their dissatisfaction with the two main parties, and despite the excitement sometimes generated by third-party candidates, the two main parties always end up with as high as 98% of the votes. And from the 2020 results, Ghana, in practice, remains a two-party state.

The high cost of campaigns.

Many governance and anti-corruption experts have come to acknowledge the direct correlation between campaign finance and corruption in Africa today. Political campaign financing and the growing cost of political campaigns in Ghana emerged as major concerns with serious implications for the consolidation of democracy and the fight against corruption. This realisation led to a “National Dialogue on Campaign Finance Reform in Ghana”, involving governance, anti-corruption, labour, religious and political groups to mobilise the nation to halt the arms race in campaign spending in 2020 and beyond.

Despite these efforts, observations from the 2020 elections showed unprecedented monetization of politics – with unregulated, unlimited, undisclosed, and impossible to know cash spending by candidates and political parties. The open and brazen display of money and “freebies” in this election was unparalleled – making total nonsense of our laws against vote-buying. I believe that until and unless, Ghana, like the rest of Africa, addresses this issue of campaign financing, our fight against political corruption will remain meaningless. Many of us shudder at the inevitable manifestation of this monetization in our governance, particularly, the impact on corruption, procurement, and development in the next administration.

The other canker on our democracy that calls for urgent attention from citizens and activists on the continent, is the abuse of incumbency during elections. And 2020, again, exposed the unprecedented, excessive, and blatant abuse of public office and public resources for partisan politics in Ghana. A typical example was the concerns over the government’s use of the national COVID-19 relief programme as a campaign tool. Such abuses undermine the fairness of elections and have inevitable consequences when unchecked.

Five innocent Ghanaians were needlessly killed during the elections by the power of the state, acting through security operatives of “National Security”. We must demand justice for these victims and insist that never again, should any citizen of Ghana suffer violence or death in exercising their right to vote.

A historic split in the legislature haunts the 8th Parliament of the 4th Republic as reflected in the results of the Parliamentary results – NPP- 137 and NDC 137 and independent 1. It will be the first time under our current republic that there will be a Government without a majority in parliament. We are all eager to see how this plays out. More importantly, however, we hope it would provide a better system of checks and balances which ensure accountability like none we have witnessed under previous administrations.

Errors, disputes, and a court challenge.

John Dramani Mahama, the NDC presidential candidate has petitioned the SC, challenging the validity and legitimacy of the EC’s declaration of President Akufo-Addo as the winner of the 2020 elections. The case is pending before seven justices of the SC led by Ghana’s Chief Justice – His Lordship Justice Anin Yeboah. John Mahama is represented by the revered Tsatsu Tsikata and Tony Lithur, while Akufo Addo is represented by an equally powerful team led by Mr. Akoto Ampaw and Frank Davies. Ghana’s first and last election petition lasted for six months, as a result of which there were legislative reforms to ensure a timely dispensation of justice, this time around. According to the court’s timeline, the trial process will be completed, and a judgement delivered within 40 days.

The outcome of the election petition is not foreseeable but in the context of the Court’s own recent history on political matters, the SC, it is believed, is unlikely to overturn the results, regardless of whatever evidence is adduced or emerges during the proceedings.