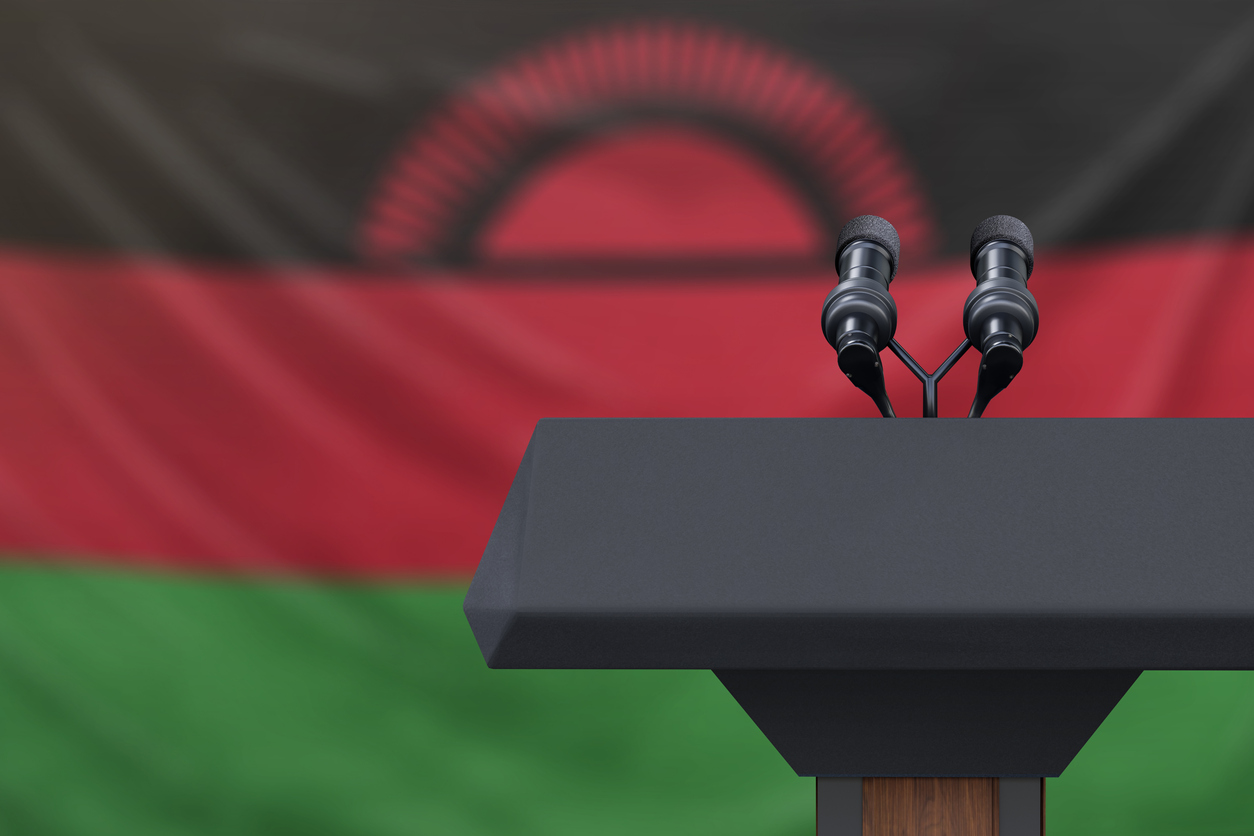 Africa / Malawi at a cross roads: The opportunities and threats that lurk In political crises

The general elections held on 21st May, 2019 were the sixth time that Malawians went to the polls to elect new holders of public office after they decided to do away with the single-party autocracy in 1993. This promised to be one of the most competitive elections that the country was poised to hold. Voting day was largely uneventful but as the counting of the votes began and it became apparent that the incumbent would return to State House for another five-year term, things quickly went south. The major contenders for the presidency cried foul and alleged that President Peter Mutharika, who had run on the ticket of the Democratic Progressive Party, was the illegitimate winner of the presidential election. They further accused the Electoral Commission of complicity in a grand scheme to perpetuate fraud against the people of Malawi who had cast their vote. Unlike in previous elections, where these allegations had not been pursued to their logical conclusion, Mutharika’s challengers the Malawi Congress Party’s Lazarus Chakwera and UTM Party Saulos Chilima quickly lodged petitions in the High Court challenging the validity of the declaration of Mutharika as winner of the presidential election. What followed was a six-month bitterly contested court battle. The nation now awaits, with undisguised impatience, the verdict of the five-member panel of the High Court on the challenge.

Contemporaneous with the litigation, civil society activists under the banner of Human Rights Defenders Coalition called for the immediate resignation of the Chairperson of the Electoral Commission, Supreme Court Judge Jane Ansah. Her steadfast refusal to do so has unleashed a torrent of steady and often violent protests in the major cities of the country, which have seen substantial loss of property. These protests have also resulted in an unprecedented erosion of public trust in the Malawi Police Service, which is constitutionally mandated to provide internal security, on account of its perceived ineptness at policing the demonstrations as well as brutality. The consequence has been that the protests are now largely ‘policed’ by the Malawi Defence Force (MDF), armoured vehicles and assault rifles in tow.

While the law says that a president whose election is being challenged still retains all executive powers, there is no gain saying that President Mutharika has been hamstrung by the legal challenge to his legitimacy. His cause has not been helped by the fact that, thanks to Malawi’s first-past-the post system, he was declared winner with around 35% of the popular vote. Put simply, close to 65% of those who went to vote would have preferred someone else to be the occupant of Malawi’s State House.

There are several things that can be said about the state of affairs that the country has found itself in for the last seven months or so from a governance perspective:

Political crises have the effect of stressing key institutions of governance and testing their ability to withstand sustained pressure. These institutions mature and become more resilient if they pass these ‘stress tests’. Two such institutions that have been stressed significantly during these past seven months, and have come out relatively unscathed, have been the judiciary and the MDF. The judiciary in Malawi has had a consistent reputation for being independent. The crises of the last seven months have not seen it abandon this reputation. Faced with violent protests which on its own admission it could not police, the government turned to the Courts for an order banning demonstrations. Both the High Court and the Supreme Court, knowing full well that such a decision would displease the executive, firmly rejected the plea and upheld the constitutional right of people to protest. The five-member panel which has been hearing the challenge to the election of Mutharika has also gone out of its way to make sure that the proceedings before it are credible, transparent and accessible. For the first time in the history of the courts in the country, the Court allowed live radio broadcast of the proceedings and further provided for their interpretation into vernacular. This has meant that the public has had the benefit of listening to the contesting narratives in the Court. This will likely make the outcome of the challenge more acceptable to the people.

The Malawi Defence Force is subject to the lawful orders of the President as its Commander in Chief. Similar constitutional arrangements in other jurisdictions has resulted in a military which is synonymous with the ruling party and which is used to crush any form of dissent to the incumbency. The MDF has, however, remained largely professional and apolitical in the ongoing political crises. It has allowed the citizens to protest and has ‘harshly disciplined’ cadres associated with the ruling party who had beat up protesters– a thing which is almost unimaginable in most African countries.

By way of contrast, however, the Malawi Police Service has come out of the crisis largely bruised with its standing in society in sordid tatters. Its lowest of lows were the accusations levelled against some of its members that – in apparent retaliation of the killing of one of their own – they went to some villages on the outskirts of the capital city Lilongwe and raped women and children. Despite the local outrage this has caused, there are no credible signs that the police officers responsible for this kind of brazen criminality will be brought to book.

The crisis has, however, also highlighted several gaps in Malawi’s governance edifice which perhaps will need to be urgently attended to.

Electoral disputes, especially those related to the legitimacy of the presidency need to be attended to promptly. While the High Court panel hearing the challenge tried its best to move the proceedings along, it was clearly challenged because of the absence of a robust set of legal procedures specifically designed to ensure that a disputed presidential election is resolved promptly but also fairly. It has now become apparent that the law must set the timelines for the resolution of such disputes. It might actually be prudent for such a dispute to be litigated in the Supreme Court in exercise of its original and special jurisdiction. A presidency that is under a cloud of uncertainty for prolonged and uncertain periods of time can never be good for any nation.

The Police must be freed from shameless political interference which prevents it from acting as a true champion of the rights of all and sundry. The intervention of the military in purely domestic affairs is regrettable and recipe for disaster. It is actually to the military’s huge credit that they have not had to discharge their lethal weapons on the people for the last seven months.

The electoral system needs to be overhauled. No candidate who has failed to clear the 50% threshold of the votes should be declared winner. The poll should instead head to a run off. It seems obvious that the outcome of the poll, regardless of the flaws that attended the process, is likely to be widely accepted by all and sundry if the winner was supported by the absolute majority of those who cast their vote. Alternatively, Malawi should move towards proportional representation so that at least the government should at all times be formed by someone who has got the popular majority.

We hope to see a fair and just determination of the presidential petition.

Editor’s Comment: On 3rd February 2020 the Malawi High Court pronounced judgment, declaring null and void the May 2019 elections and ordering fresh elections to be conducted in 150 days.

In the 150-paged judgment read over a 10-hour period, the Court interpreted section 80(2) of the Constitution to mean a candidate must be elected by 50+1 of the total votes cast in order to be declared presidential winner and further instructed Parliament to give effect to the constitutional provision.

President Peter Mutharika and the Malawi Electoral Commission appealed the decision, but the Constitutional Court dismissed the appeal and upheld the High court decision.

Malawi goes to the polls again on Tuesday 25th June 2020.

Author’s Note: While I represented one of the petitioners in the case in which the May 21, 2019 presidential election was being challenged, these here are my personal views. They do not represent the views of my client. I have tried very hard to be as objective as possible. Where others might decide that I have failed in this endeavour, the failure should not be seen as an attempt on my part to peddle any partisan agenda.