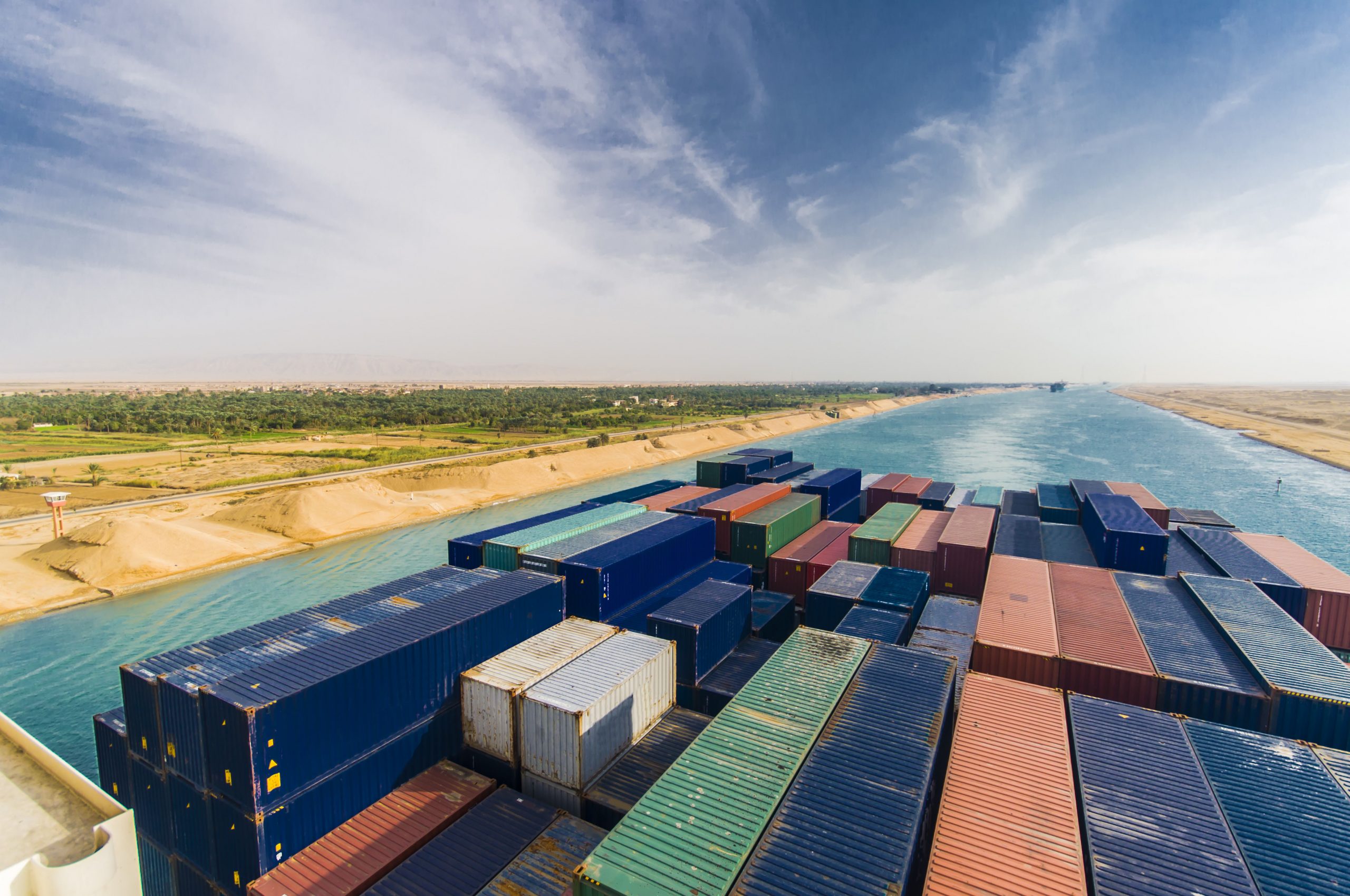 Africa / Will the AfCFTA Succeed Where Other Regional Trade Blocs Have Failed?

In 2015, the Tripartite Free Trade Area (TFTA) was launched to create a single market of goods and services between the 27-member states of COMESA, EAC and SADC. The TFTA covers trade in goods and services, trade facilitation, infrastructure development and industrialisation, investment, competition policy and IPRs. However, the operationalisation of the TFTA has been slow. To date, 22 of 27-member countries have signed the TFTA Agreement; and only 4 countries (Kenya, Egypt, Uganda and South Africa) have ratified it. In addition, TFTA tariff negotiations and rules of origin are still ongoing. Phase 2 negotiations (covering services, and other trade-related matters) have been delayed pending the conclusion of Phase 1 issues.

Most recently, the African Continental Free Trade Area (AfCFTA) was launched to establish a single market (for goods and services, with free movement of capital and person) between the 55-member states of the African Union (AU), laying a foundation for the establishment of a continental customs union (CU). The Agreement establishing the AfCFTA was signed on 21 March 2018 and entered into force on 30 May 2019. Considering REC’s record with regards to trade and integration, one would wonder whether the AfCFTA would be any different or succeed where the regional blocs have failed. This is the critical question that this article attempts to address.

The RECs have been designated building blocs towards the establishment of AfCFTA. The AfCFTA is governed by many principles including the preservation of acquis, which, in the context of the AFCFTA, implies preserving and building on what RECs have achieved. Of the 8 RECs recognised by the AU, five (SADC, EAC, ECCAS, COMESA and ECOWAS) have pursued trade programmes within their regional blocs. Further, the RECs have overlapping membership which has been one of the major challenges to intra-Africa trade and integration. The AfCFTA Agreement promises to resolve this multiple and overlapping membership problem – but does not provide a specific plan of how to do it. RECs will not disappear with the implementation of the AfCFTA unless and until we have moved to a continental CU. The AfCFTA Agreement prescribes that RECs, regional trading arrangements and CUs, which have attained among themselves higher levels of regional integration than the AfCFTA, shall maintain such higher levels among themselves.

The AfCFTA has the potential to achieve what the RECs have failed to do. It provides incentives and mechanisms to address challenges bedevilling intra-Africa trade and integration. Indeed, this depends largely upon state parties’ political will, private sector readiness and technical and financial support to implement the AfCFTA.

There has been a high-level political support for the AfCFTA. All AU member states but Eritrea have signed the AfCFTA Agreement; 28 have ratified and many others are going through the domestic process of ratifying it. The AU has indicated that trading under the AfCFTA will commence by 1 July 2020. The AfCFTA has, thus far, received overwhelming technical and financial assistance from several international organisations and donors. It is therefore significant for this assistance to be channelled towards capacitating businesses (especially SMEs) to trade across borders and developing trade-related infrastructure. Equally, the business community has shown interests and enthusiasm in the AfCFTA.

The AfCFTA promises to eliminate tariffs (up to 97% of tariff lines) and NTBs and liberalise trade in services particularly in financial, transport, tourism, business and communication sectors, among others. The AfCFTA also covers other important trade-related issues like investment, competition policy, IPRs and trade facilitation. It must be noted that a free trade agenda that includes services, investment, competition policy, IPRs, trade facilitation and other trade-related can address developmental and broader cross-border trade problems more effectively than one which focuses exclusively on trade in goods. It also has a potential to increase economic growth, enhance welfare and foster industrial development across the African continent. Thus far, RECs have pursued free trade agendas focused mainly on trade in goods.

Equally important, the AU Summit held in July 2019 launched several online tools to support the implementation of the AfCFTA: Online Portal for AU member states to upload their tariff offers; Pan-African Digital Payments and Settlement Platform within the AfCFTA; the Continental Online Mechanism for Reporting, Monitoring and Eliminating Non-Tariff Barriers; the AU Trade Observatory (a depositary of trade-related information gathered by AU member states).  Most of these tools have not been implemented in regional trade blocs and are critical to a successful operationalisation of the AfCFTA.

Further, the AfCFTA single market (with 55 countries, more than 1.2 billion people and over US$3.4 trillion combined GDP) provides an impetus for boosting intra-Africa trade and foreign direct investment (FDI). The United Nations Economic Commission for Africa (UNECA) projects that the AfCFTA will increase intra-Africa trade by 52% by eliminating tariffs, and to double if NTBs are also reduced. If it enhances economic growth and consumer income, address barriers to trade in goods and services and investments, the AfCFTA will attract more FDI (especially market and efficiency-seeking FDI).

Importantly, the AfCFTA is not a standalone project; it is anchored and complementary to other AU initiatives for the continent’s economic integration and development. Notably, Agenda 2063, Accelerated Industrial Development for Africa, Programme for Infrastructure Development in Africa, Comprehensive Africa Agriculture Development Programme, other AU initiatives on free movement of persons and the establishment of a single African air space. These initiatives should be implemented along with the AfCFTA to address Africa’s developmental (trade and integration) problems and realise better economic benefits for the continent.

For the AfCFTA to deliver new and concrete benefits of trade and economic integration, rules-based governance is critical. The AfCFTA Agreement establishes legal rights and obligations to which state parties must adhere. Effective implementation of these rights and obligations would provide certainty and predictability, which encourages business activities. The AfCFTA Agreement establishes dispute settlement mechanism akin to the World Trade Organisation (WTO) Dispute Settlement Understanding. The mechanism consists of a Dispute Settlement Body (DSB) and Appellate Body (AB).  The DSB has the authority to establish dispute settlement Panels, adopt Panel and AB reports, maintain surveillance of implementation of rulings and recommendations, and to authorise the suspension of concessions and other obligations under the AfCFTA Agreement. This is new in intra-Africa trade arrangements.

A dispute settlement mechanism akin to the WTO’s is a noble idea but African governments have a record of not litigating against each other in trade-related disputes at both regional and global levels. It, therefore, remains to be seen whether this would be different under the AfCFTA. The author is not encouraging litigation under AfCFTA. Predictable dispute settlement guarantees private firms (importers, exporters, investors, retailers, freighters etc) that rules will be respected. If disputes are effectively settled under the AfCFTA, there will more certainty and predictability and encouragement to do business among traders (i.e. importers, exporters, producers, investors, retailers and wholesalers).

Institutions (properly empowered) are also critical to foster rules-based governance. The AfCFTA Agreement establishes and maintains an institutional framework for the implementation and administration of the AfCFTA: AU Assembly; Council of Ministers; Committee of Senior Trade Officials; the Secretariats; and several committees. However, these institutions are not entrusted with supranational powers necessary to implement trade and integration commitments. This has been the case in regional blocs. Hence, regional integration has not been successful to date. It is clear that African countries are not ready to surrender their sovereignty to a supranational institution – yet this is necessary to foster successful integration like what the European Union has done.

In conclusion, the AfCFTA has the potential to succeed where RECs have failed if the above discussed incentives and mechanisms designated to support the implementation of the AfCFTA are effectively and efficiently implemented.

Researcher at the Trade Law Centre

Doctoral Candidate at the University of the Western Cape, South Africa.