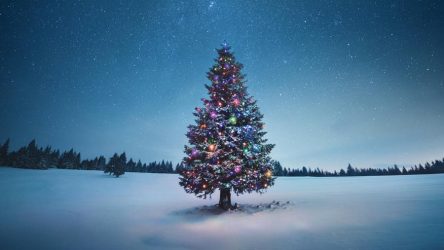 As CLA President it is my pleasure to bring to all CLA members a greeting at this Christmas season. The CLA, like the Commonwealth, is a richly diverse community of legal colleagues and it is important that we acknowledge all faiths and diversity.  I acknowledge the many colleagues for whom the Christmas season is particularly important.

It has been a remarkably successful 2022. If I may just mention some personal highlights these will give a flavour of some of the events of the year.

It was moving and impressive to assemble our enlarged Council (in line with our new constitutional arrangements) for our Council meeting in March. I chaired that meeting from the Grand Hyatt in Goa, which is to be the venue of CLC 2022. The Secretary General of the Commonwealth, Baroness Scotland very graciously brought an inspiring greeting to all Council members who were in attendance.

I was pleased to embark on some travels and attended the Commonwealth Heads of Government meeting in Kigali, Rwanda where I chaired an official side event on access to justice and along with John McKendrick KC of Exco and Pheona Wall, the President of the Uganda Law Society, we judged the inaugural Commonwealth debate. I took part in making contributions at meetings of the People’s Forum and to the Foreign Ministers’ round table.

I visited Toronto and Vancouver to connect to our Canadian colleagues and with the Law Society of Ontario.  I also visited Fiji for a conference on ADR.  I was able to strengthen our links to the Fiji Law Society and the Law Council of Australia, who I met in Canberra, prior to moving on to Sabah and a meeting with the Sabah Law Society in Kota Kinabalu. While in Sabah I was able to view the funeral of Her Majesty, Queen Elizabeth who had given so much service to the Commonwealth during her reign.

After Mauritius I met with the Law Society of Zimbabwe to explore capacity building and continuous professional development and legal profession regulation.  While in Harare I also met with the newly formed Zimbabwe Young Lawyers and the Zimbabwe Lawyers for Human Rights.

The focus at this time of the year is on the next CLC in Goa, India in early March 2023. The Organising Committee have done a magnificent job in organising all of the details to make the conference successful and memorable and Papers Committee have secured a faculty of speakers who are diverse and impressive.  The various panels have been organised consistent with the CLA’s policy on diversity and inclusivity.

Thanks are due to the brilliant work throughout the year of our regional Vice Presidents, Dr Peter Maynard for the Americas, John Almeida for Europe, Linda Kasonde for Africa and Steven Thiru for Australasia.

In accordance with our protocols they assisted in many of the Statements issued during the year affecting jurisdictions from as far afield as Guyana and Kiribati.

Of course, thanks are also due to our magnificent Secretariat.  Our staff numbers were augmented in 2022 by the welcome arrival of Evie Wilson to support the work of Membership and Conference secretary Clare Roe and Secretary General Brigid Watson.

Our links with the Commonwealth Secretariat have improved and been enhanced during 2022, and our reach and influence across the Commonwealth on matters of justice, access to justice and the rule of law has been very much in evidence.

I hope that we will continue this progress in 2023 and wish all our members a wonderful, peaceful Christmas season and best wishes for the New Year.