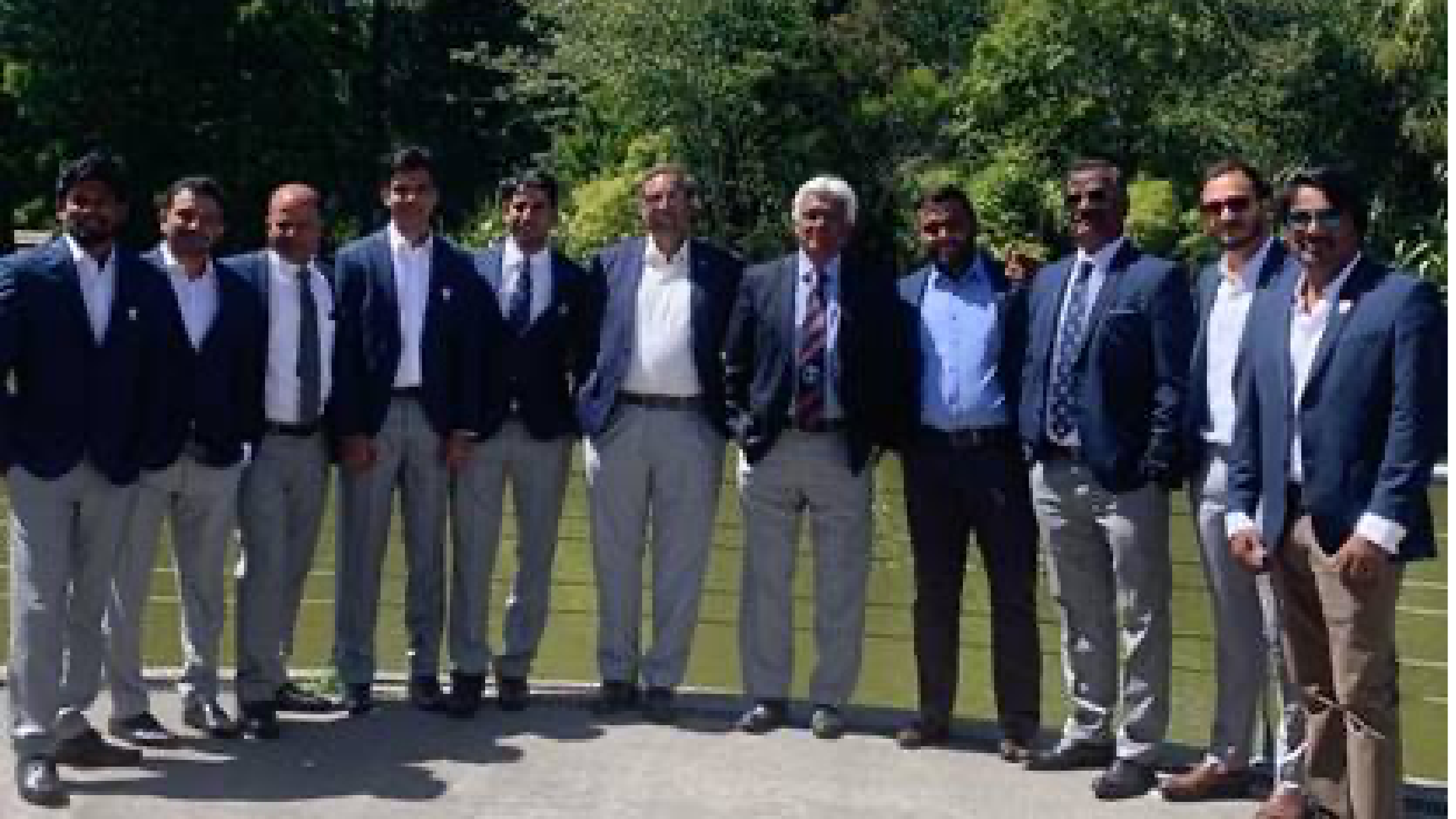 This annual event took place in Hamilton, New Zealand between 29th December and 9th January. It was attended by CLA Council members – Santhaan Krishnan our immediate past president, who was there with teams from India and Ron Heinrich, CLA’s newest Life President, there to support the Australian teams. Within the programme of play there was a was a conference day on Sports Law.

In the ‘LCWC7 Cup’ Championship eight teams from Australia, New Zealand, Srilanka, Bangladesh, India, Pakistan, India, England & West Indies participated. After being successful in all the 5 Round Robin league matches, both Pakistan and India topped the table in their respective pools but in their Semifinal matches, India lost to Srilanka and Pakistan lost to Australia. On 9th January, the final was played at Seddon Park, Hamilton. Australia won the toss and put Srilanka in to bat. In the stipulated 35 overs, Srilanka scored 219 runs by losing 5 wickets. The Australians played like champions and comfortably chased the target in the 33rd over by losing only one wicket. For the Aussies McCasker scored a century. He remained not out on 104 and with him the other batsman was Whealing, who remained not out on 76 runs. By hitting 221 for 1, Australia lifted LCWC7 Cup.

In the LCWC7 Cricket for Friendship – Plate Chamionships the following were the participating teams: Australia, Bangladesh, Srilanka, India, Pakistan & the Commonwealth. The Commonwealth team was a mixture of players from all the participating countries. They mostly consisted of players from India, Srilanka and a sprinkling from other countries. The captain plus three from India were the only dedicated players for the team, others chipped in and out. Tim Flood from England played three out of 5 games in the round robin league matches and the sixth match was played for places. By winning three out six matches the Comminwealth was placed at the third position. In the round robin league matches India topped the table by remaining unbeaten. In the final palyed on 8th January Pakistan emerged victorious over India to win the ‘Cricket for Friendship Plate Championship 2020’.

At the Closing Ceremony, immediately following the Finals, Scott Donaldson briefly traced as to how LCWC7 was accomplished and thanked one and all. Roddie Sim, a Barrister based in Hamilton and being the Head of the Organising Committee of LCWC7, presented the Championship trophies and the individual prizes to the best performers in the Tournament and in the Finals. Ron Heinrich representing Australia, the co-hosts, briefly thanked the New Zealand organisers for the successful conduct of LCWC7.

At the end Santhaan spoke, thanking all the Managers of respective teams for making great efforts to bring their teams to this distance. Besides thanking the Australian co-hosts, he thanked New Zealand Lawyers Cricket Association, especially Scott Donaldson and Roddie Sim. Finally he requested Roddie Sim to formally hand over the Bat (Baton) to the next Host of LCWC8 West Indies. Stefan, the Captain of West Indies from Trinidad & Tobago, maintaining tradition, formally accepted the Baton. In his brief response Stefan said he and his colleagues from the West Indies Lawyers Cricket Association, will do their best to host a memorable LCWC8 at Trinidad in August 2021.