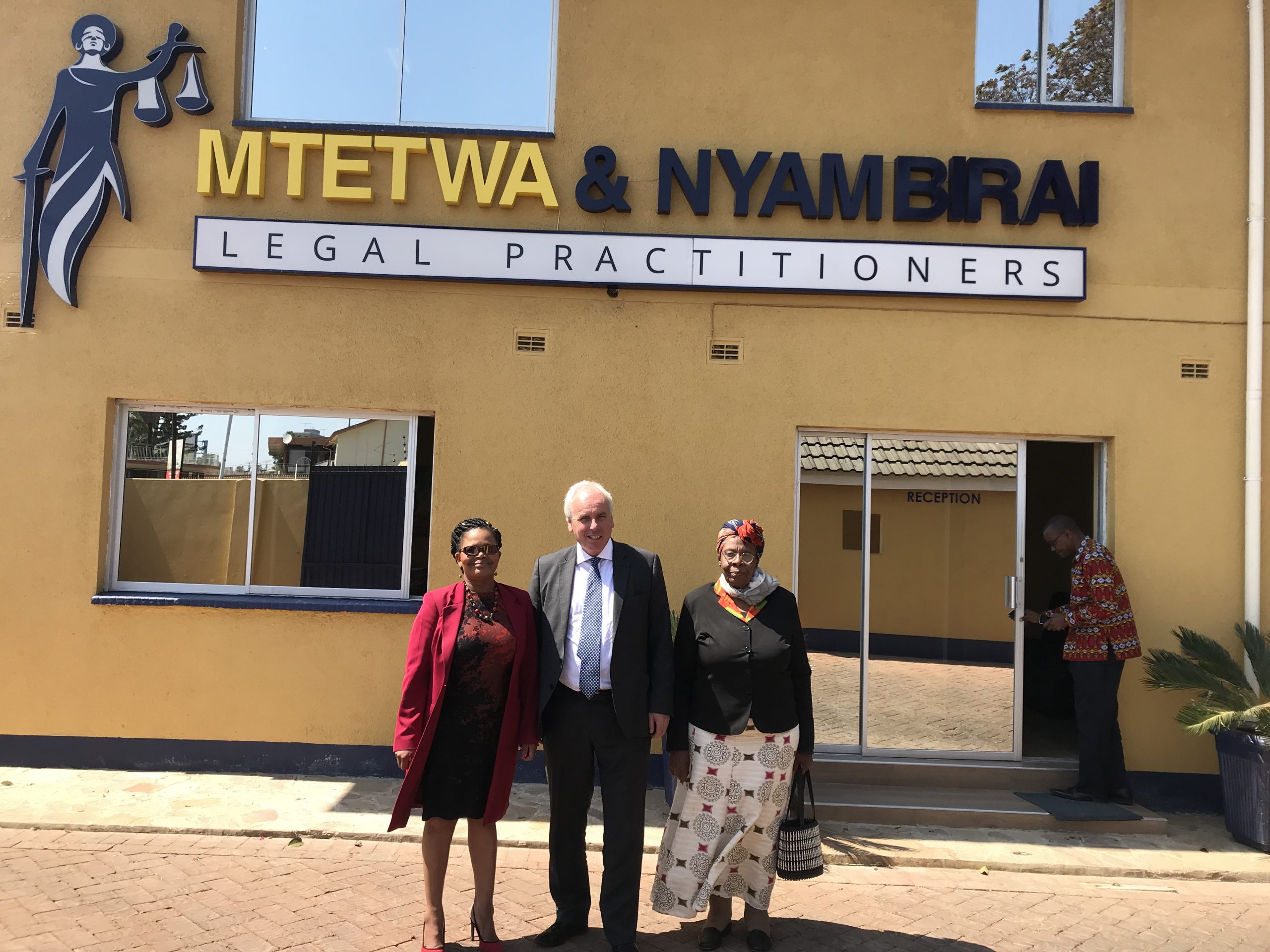 On Monday and on part of Tuesday the 19th and 20th August 2019 I spent some time in Harare, Gweru and Bulawayo, Zimbabwe.  This was at the invitation of Sekai Holland the Chair of the National Peace Trust.  I met with peace builders, the Midland State University, and was a guest of the Joshua Nkomo Foundation.

Perhaps the most impactful meeting was with human rights lawyer Beatrice Mtetwa.

In March 2013 she was arrested ostensibly for obstructing justice when all she did was to represent her client.  She protested about the police searching an office belonging to then Prime Minister Morgan Tsvangirai. Beatrice was put in prison and there spent 8 days.

The CLA were prominent in issuing a statement condemning her arrest and emphasising the entitlement of lawyers to represent clients without fear of being arrested for so doing.

In speaking to Beatrice in her offices in Harare I was struck by her passion for justice and her calm conviction that what she did in 2013 was right and she was just doing her job as a lawyer. Her arrest did not diminish her enthusiasm and commitment to human rights. Her absolute dedication to the cause of human rights and to challenging abuses of the Rule of Law was inspirational.

However what was most impactful was when I enquired whether or not statements from international organisations had assisted or made any difference. Beatrice assured me that at her trial the statements including that of the CLA were read to the presiding Judge. It was important to hear Beatrice say that she felt that international condemnation of her arrest and the presence of statements that could be handed into the Court was instrumental in securing her release and ultimately in securing her acquittal.

This important confirmation that CLA statements were beneficial certainly gave me pause to reflect on how the simple act of issuing a supportive statement could have such important practical benefits.