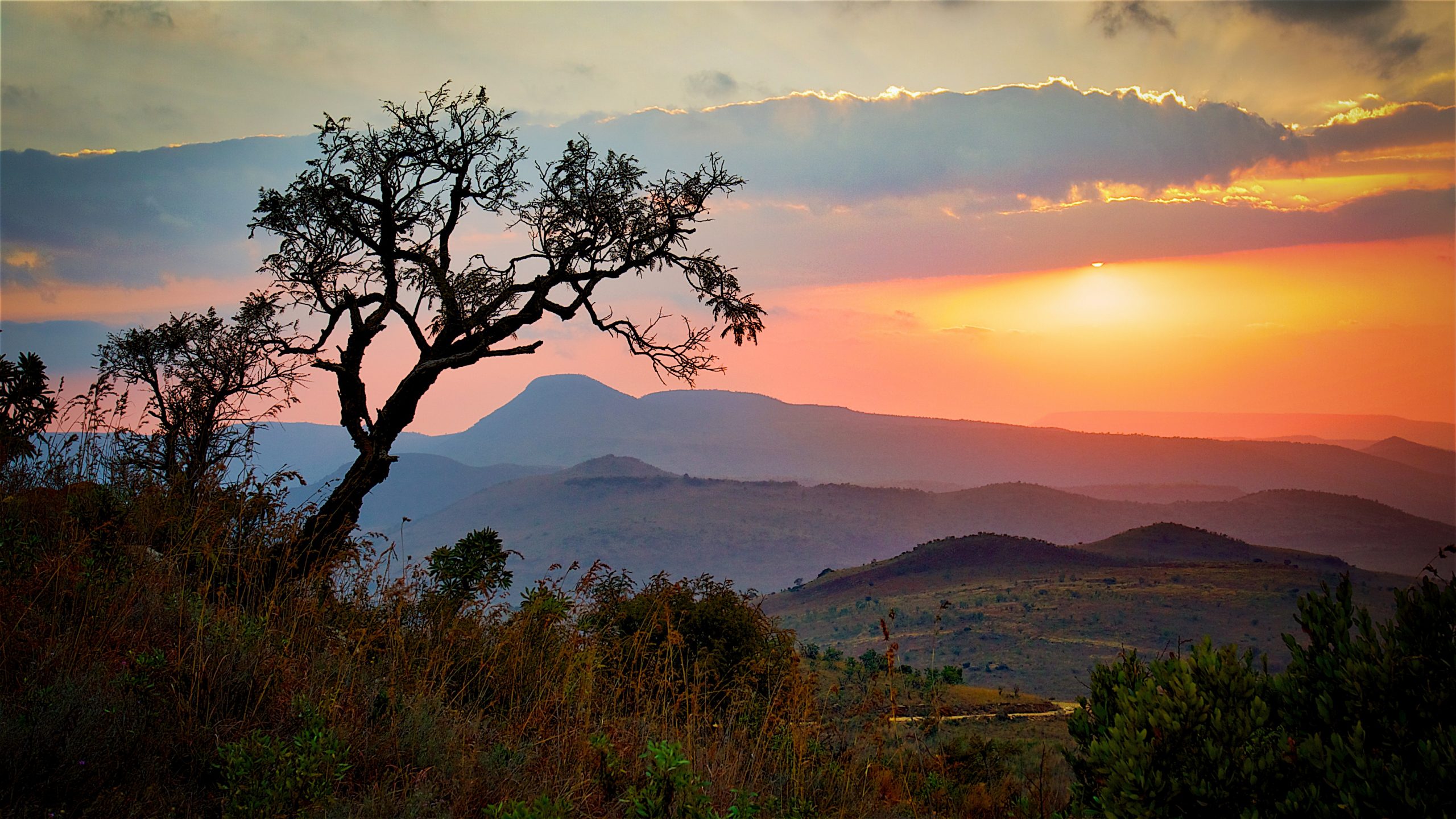 In Belfast, in December, the mornings are dark and the afternoons are short. The Christmas lights and Christmas decorations appear from early December to brighten the gloom of the outside world. As businesses and law firms and the Courts edge towards the break for the Christmas vacation there is no doubt that a certain atmosphere enlivens us all. Against this background of short days, contemplative thoughts and – in the Christian tradition – the hope that is the arrival of Christ, I bring you greetings from my tradition to all of your traditions throughout the Commonwealth of Nations.

It hardly seems feasible that we are now at the end of 2019 when only recently we were enjoying the Commonwealth Law Conference in Livingstone, Zambia!

At that conference I was elected as President of the CLA. Since then I have represented the CLA and have participated in events and conferences commencing with the conference of the Law Society of Kenya in Mombasa. I have visited Uganda to contribute to the Commonwealth Parliamentarians Conference, Sri Lanka at the Commonwealth Law Ministers Conference and have also been twice in Zimbabwe keeping in contact with Senator Sekai Holland, one of our keynote speakers in Livingstone, Zambia.

I paid my first visit to Zimbabwe in August and there I met with Senator Holland and her inspirational group of peace builders in Harare and in Bulawayo. I also was privileged to meet some of the faculty and the senior staff at the Midlands State University in Gweru. I paid a courtesy visit to Beatrice Mtetwa, a human rights lawyer supported by the CLA with a statement in circumstances of her unjustified and unjustifiable arrest some years ago.

I returned to Zimbabwe to be present, at Senator Holland’s invitation, at the graduation ceremony at Midlands State University. What an event. What colour. What noise. What music. What formality with graduation robes and mortar boards. And what an experience to find the President of Zimbabwe presiding as Chancellor of the university and offering the President of the CLA a private meeting and discussion.

These trips to southern and eastern Africa have embedded the desire to continue to foster the work of the CLA, to uphold the rule of law and to speak about the prospects for Commonwealth legal institutions cooperating. It has been impressive to see the work of our Vice President for Africa – Linda Kasonde – in generating interest in the CLA is so many jurisdictions in Africa and also in establishing the young lawyers network.
But it was not only south and east Africa that have received my attention. In Belfast there have been two events through the European Hub of the CLA. Anyone who attended the talk of Justice Vasheist Kokaram of Trinidad to Tobago to a gathering in Law Society House, Belfast will remember forever a treat and an inspiration. Vice President for Europe John Almeida arranged a European Hub meeting in Belfast to discuss the situation of child marriage and human trafficking. This was an opportunity to share the CLA child marriage report with the European jurisdictions who are members of the Commonwealth.

There were site visit trips to the Bahamas. These were to solidify the arrangements with our venue for the CLC 2021. We were hosted, entertained and guided by the Vice-President for the Americas, Dr Peter Maynard. We have made good, strong and strengthening connections with the Bahamas Bar Association through its President Mr Kahlil Parker and have also benefited hugely from the guidance, wisdom and advice from Council member Bertha Cooper-Rousseau.

Having travelled south and east from Belfast to Africa and then west to the Caribbean there was an energetic burst of activity to the further eastern regions incorporating attendance and a presentation to the Commonwealth Law Ministers in Colombo, Sri Lanka. This visit saw your President experience a ride in a tuk tuk. It is fair to say that whatever risks one might experience on my commute from home to Belfast City Centre they are nothing to the adventures that can be had in the back of a tuk tuk! Changing lanes suddenly, changing direction energetically, changing speed dramatically.

Then there was Kuala Lumpur. Stephen Thiru, the Vice President for Australasia provided a concentrated programme of excellence in Kuala Lumpur at the Malaysia Bar Association. There was an opportunity to present, debate and discuss the CLA Child Marriage Report. This compendium of information about the legal position regarding child marriage in each country in the Commonwealth was the subject of a closed door roundtable discussion in Kuala Lumpur. The variety of guests, the quality of the contributions and the opportunity to share the CLA report was invaluable and memorable.
From KL I travelled to Singapore where their Law Society President Gregory Vijayendran hosted a meeting of approximately 100 Singapore lawyers to discuss Mediation; A Commonwealth Perspective.

That meeting was preceded by an inspirational presentation at the LexisNexis headquarters for South Asia. LexisNexis is a key sponsor of the CLA and the enthusiasm of Gaythri Raman, their South East Asia Director and other members of the LexisNexis team was truly awe inspiring. I believe there will be much work that the CLA could contribute to in the LexisNexis programme of work relating to land rights, human rights generally and the message of upholding the Rule of Law.

Most recently I was privileged to attend a lecture to mark the 70th anniversary of the formation of the Commonwealth. This was delivered by Lady Mary Arden, a Justice of the Supreme Court of UK and she gave an exemplary review of 70 years of the Commonwealth, a consideration of the position of the Rule of Law and acknowledged the seminal work of the Latimer House Working Group of which the CLA is part. It was those Latimer House Principles that I was asked to explain and consider at the meeting of the Commonwealth Parliamentarians Association in Kampala, Uganda. I found there was a great interest in the doctrine of the separation of powers, particularly in light of the UK Supreme Court ruling on the Prime Minister Johnson proposal to prorogue Parliament.

The last 18 months or so has seen a significant change within the administrative arrangements for the CLA. Our estimable Secretary General Brigid Watson was recruited and appointed and immediately made a huge difference. Her ambition for the CLA is very significant and her attention to detail, her knowledge of how to get things done has resulted in a CLA website, a CLA online presence and an organisational improvement that will ensure that the CLA goes from strength to strength. Her ability to recruit new members, to secure sponsorship and to create an efficient modern support network for CLA Council and ExCo has been greatly supplemented by the arrival and affordability of an administrative assistant. Phoebe Goldup will drive forward institutional, corporate and individual membership and this in turn will attract sponsorship and give rise to the ExCo approved organisational strategy of ensuring a financial viability independent of the biennual Commonwealth Law Conference.

Regarding the CLC this will take place in a magnificent world class conference centre at the Grand Hyatt Baha Mar in Nassau. We hope that those attending will experience a conference both relevant in legal practitioner terms and also important internationally, in terms of the theme of sustainable justice. There does not seem to have been a more important time to consider issues of legal significance regarding climate change, access to justice, affordability of legal representation and training and inspiration for young lawyers and we hope that all these themes can be covered in Nassau in September 2021.

We hope to continue the corporate social responsibility commenced in Livingstone by supporting local charities and in particular supporting the ongoing need of the victims of Hurricane Dorian which struck the Abaco Islands in September 2019. I raised this issue shortly after the dreadful hurricane with the High Commissioner to the Bahamas and he expressed the hope that people would come to the Bahamas, support the economy through tourism, bringing much needed commercial activity and spending to the country and to enjoy the experience of visiting the Bahamas. I hope that he will be able to present an opening welcome at our CLC in Nassau in September 2021.

In conclusion to this report at the end of 2019 I have been humbled by the brilliance of many colleagues operating selflessly in the goal of upholding the Rule of Law in many jurisdictions that I have been privileged to visit. I hope next year to expand my range of visits to North America and to Australia and the Pacific Islands. I express publicly my appreciation to the Law Society of Northern Ireland of which I was President in 2011/2012 who have provided me with a budget to assist me in attending functions, events and conferences with a view to supporting the Rule of Law and supporting my Presidency.

I would like to send greetings to all colleagues throughout the Commonwealth at this season of reflection as we move through the end of one year and into the hope and ambition for a New Year.

Whatever is your faith and whatever are your beliefs I commend to you the values of society, of family, of special personal relationships and of all of these made possible by upholding the Rule of Law.