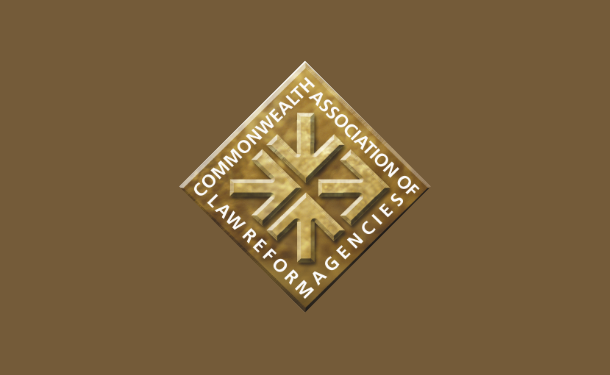 The main work undertaken by the General Secretary (GS) varies according to the circumstances at the time, and such matters as the decisions and wishes of the President and of the Executive Committee (ExCo) and where the GS’s organisational base is located. It will always be flexible. The overall work could be summarised as listed below, while remembering that it is very likely that the corona virus pandemic will have a significant effect on CALRAs’ work and methods.

2) 5%: Membership Secretary: an important task, including recruiting new members and servicing all members; close liaison with the Hon Treasurer is needed: the current Treasurer lives and works in Canada; it might be possible for one person to fill both roles, as long as proper separation is provided;

3) 5%: communications e.g. with members and with the wider law reform/legal community – including publicity and the CALRAs website: under reconstruction (www.calras.org).

5) 50%: CALRAs Conference (co-)organiser: a major undertaking every two years, starting soon after the previous Conference; law reformers in the host country usually provide considerable assistance and financial or other support; the GS carries major immediate responsibility for organising all aspects of the Conference, in conjunction with ExCo and the host country representatives;

Capacity Builder
6) 10%: capacity building, either (a) himself/herself or (b) with/through others (perhaps commissioning experts) e.g. workshops and training courses; such projects may arise from organisations such as the Commonwealth Secretariat but most often arises currently as a result of working relationships and existing contacts between the GS and the relevant Law Reform Agency or jurisdiction; it would be possible for (b) to take place more often than previously;

The percentages shown are VERY approximate estimates of the proportion of time taken on respective areas of work by the current GS in recent two year periods, i.e. between CALRAs Conferences. It is extremely difficult to estimate how much time the work will take overall – partly because of the health and economic effects of the corona virus. It also varies greatly during a two-year cycle from one CALRAs Conference to the next. The workload tends to build up in the months leading up to the Conference. However, the retiring GS estimates that it has perhaps taken an average of about a third to a half of a standard working week over a two year period.

It should be emphasised that this description could be changed in many ways, including the actual tasks undertaken, the extent and proportion of tasks and how they might be divided.

Since CALRAs was established there has been one General Secretary undertaking the role. The GS has obtained substantial assistance, when possible, for organising the CALRAs Conference – and sometimes for other tasks.

ExCo considers that the role of GS should ideally be filled by one person, likewise obtaining as much assistance as possible. Although all possible backgrounds would be considered, perhaps the most likely candidates might be either:-

However, ExCo recognises that there may not be many suitable potential candidates who are in such a position. ExCo is therefore very willing to consider candidates who would be interested in undertaking part of the role. That could be as General Secretary or as assisting the GS.  If there was a combination of people filling the role, they might be from just one jurisdiction. Alternatively, they could be from two or even more jurisdictions, on the basis of clear divisions of responsibility and of communication.

The GS (or at least one of any GS’s group) needs to be legally qualified in a Commonwealth country, with experience in legal practice, the public sector, academic work, the judiciary or similar.

Under CALRAs’ Constitution the GS is required to be a member of CALRAs (either individually or as part of an organisation which is a member). CALRAs membership is not required of any partners of the GS.

Funding is a major consideration for CALRAs, not least regarding the GS position. CALRAs’ income largely comes from membership fees. Normally, it amounts annually to approximately GBP5,000.

Obtaining other funding, even on a small scale, is never easy for an organisation like CALRAs. It is unlikely to be easier after the corona virus pandemic.  Since CALRAs was established in 2003/04 only very limited additional funding has been received, mainly from one or two LRAs soon after 2003/04 and (for the CALRAs Guide) from the Commonwealth Secretariat.  There have been a few “in kind” contributions, mainly for CALRAs Conferences and the CALRAs website.

To date, the GS has been paid a small annual honorarium (GBP750), plus modest expenses. It is difficult to imagine an appropriate salary for a GS, or even for modest administrative assistance, being available from membership fees even if there was a substantial increase in membership and in membership fees.

However, we earnestly invite readers to suggest possible sources of such funding, even at a modest level – preferably for a number of years.

We are open to expressions of interest in the role from individuals or groups. Please email thesayers@hotmail.com.