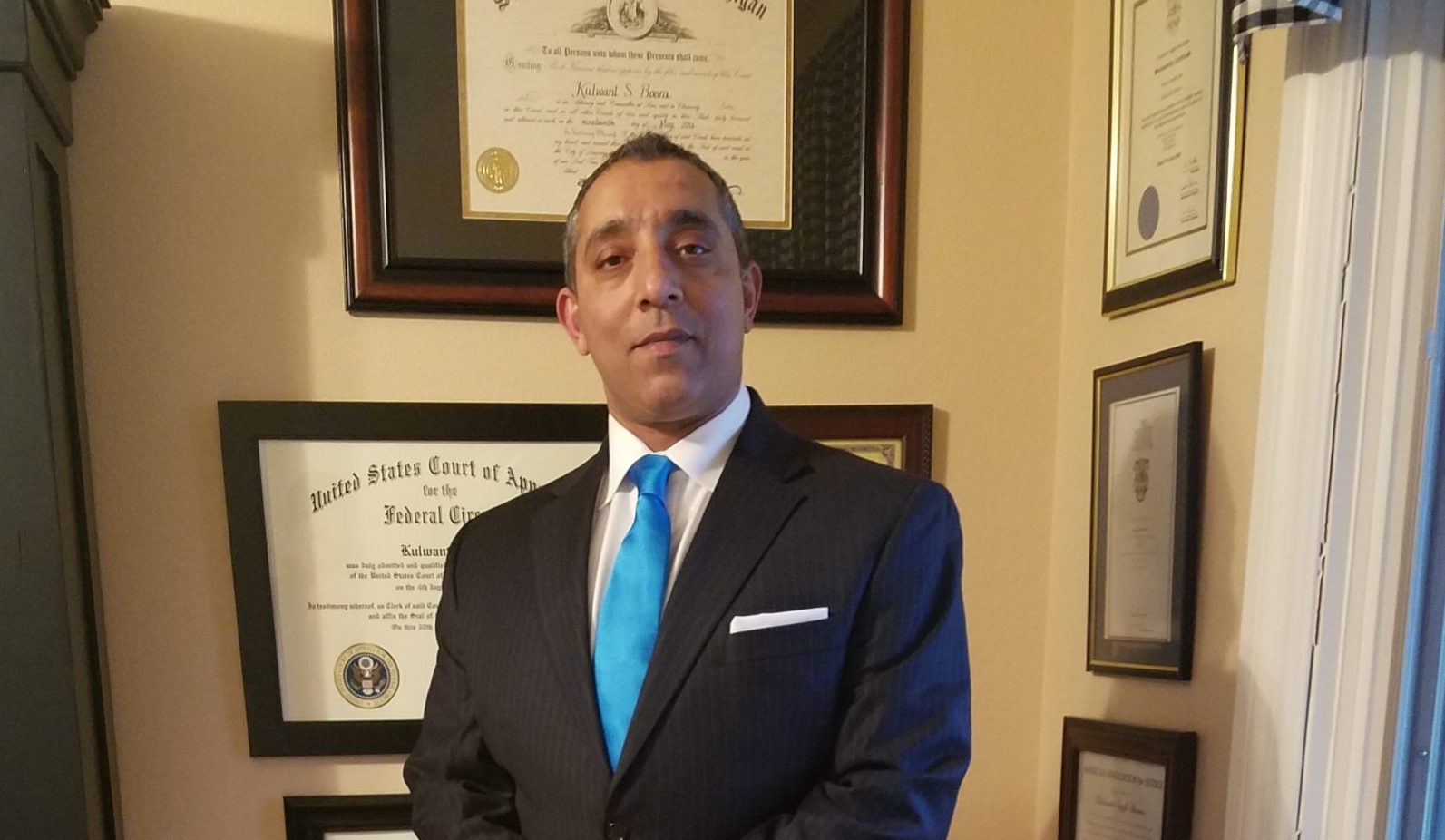 While it is impossible to cover the subject of U.S. bar admission for foreign lawyers[1] in such depth given the different rules and decisions from various U.S. States, for the purposes of this article, what will be presented will be sufficient to enable the reader to glance at an overview of such a wide and complex subject. Like any other legal jurisdiction and more specifically a common law jurisdiction,[2] the United States of America can be viewed as a complex system of laws, regulations and policies that stretch across a nation with differing results when it comes to bar admission for foreign lawyers from other countries. Seeking admission to practice law in the United States requires one to consider several issues, which will be discussed further below.

Bar admission within the United States is primarily governed by each respective State,[3] but if the truth be told there are some U.S. States that grant bar admission to law graduates who have never even sat or let alone passed a bar examination in the State.[4]

However, it has also been argued that bar admission is a mandatory requirement of graduation from an ABA (American Bar Association) accredited law school, which can pose potential obstacles for foreign lawyers seeking admission to a State bar who have not graduated from an ABA law school.[5]

Yet graduation from an ABA law school in the U.S. would inevitably enhance a foreign lawyer’s chances of eligibly, but again, there are many other factors that would come into play in seeking admission to the bar. However, as stated earlier it is important for foreign lawyers when seeking admission to practice law in the United States to consider several issues, the two mainly being eligibility v admission which are two totally different concepts.

A foreign lawyer seeking admission to practice law in the U.S. or simply seeking admission as an attorney and counselor at law in the U.S. though they will retain their prominent place of practice in their home country, must meet the eligibility requirements of the respective U.S. State in which they are seeking admission. Eligibility then, compasses the notion that an applicant meets the requirements to be eligible to sit for the bar as outlined in the State’s bar rules. For example, in the State of Michigan for an applicant to be eligible to sit for the bar examination in Michigan he or she must meet the requirements as outlined by the Michigan Board of Law Examiners (BLE).[6]

While foreign lawyers may opt to seek eligibility from State’s which seem to have a more flexible and less rigid criteria for eligibly i.e., New York and California, what applicant’s equally overlook is that those State also have high failure rates of foreign lawyers failing the bar exam in those respective States.[7] So strategic and thoughtful consideration must be given when seeking admission to practice, sometimes picking a State which has a less rigid and rigorous eligibility requirement may in return be counterproductive in the long run, in terms of time, labor and expense when other options are available.

The concept of admission refers to an applicant’s ability to gain admission to the bar of the respective U.S. State. Admission in simple terms would require an applicant to meet all of the requirements as set forth by the Board of Law Examiners, including character and fitness investigations. This sometimes is overlooked and in the United States character and fitness plays a vital, but crucial part in the admission process. But admission is basically meeting the requirements as set forth in the rules and requires a payment of a bar fees and an oath or motion sponsored by a practicing attorney where an applicant will be sworn in by a local judge or judicial officer. Then an applicant will be granted admission to the bar with all the rights and privileges of a practicing attorney and counsellor at law in the United States.

Another important consideration is that of character and fitness, which covers a broad range of circumstances as illustrated by some of the following cases. In one case, the Court of Appeals for Maryland upheld the denial of the applicant for bar admission based upon his moral character, financial irresponsibility, misrepresentation of his financial situation to his law school and his exercise of poor judgement with regard to a relationship with an underage female.[8] In another case, even when the applicant passed the Massachusetts bar examination, because of his numerous involvement in criminal and civil proceedings, his petition for admission to the bar for lack of character and fitness was dismissed.[9]

In another case, where an applicant who was twice-convicted felon, submitted his tenth application for admission to the bar. The Supreme Court, Appellate Division, First Department, New York, held that the applicant rehabilitated himself to such an extent that he possessed requisite character and fitness for admission to the bar.[10] Yet, the District of Columbia Court of Appeals has stated that “[A] criminal conviction does not per se require exclusion of the applicant from the Bar.  In re Sobin, 649 A.2d 589, 591 (D.C.1994).” In another case, an applicant was denied admission to the bar of Florida, yet with the same criminal conviction he was granted admission to the Washington D. C. bar.[11] The following shows that character and fitness covers a broad range of things and not just criminal conduct and it again depends largely on the State that an applicant is seeking eligibility to sit for the bar and eventually admission.

In the United States, there are a few States that will permit an applicant to appeal their bar examination results.[12] While the goal is to pass first time round, this is not always the case. In retrospect, appealing your bar examination results in effect enhances your chances of passing, whereas most States do not permit such appeals i.e. California, New York, Ohio, Florida to name a few. So, for example if you fail the New York, California, Florida, Oregon, Ohio bar, you have to re-sit the entire exam and spend money, time and labor, but not in the State of Michigan.[13] The unique advantage with Michigan is that an applicant has a second shot at convincing the Board of Law Examiners that they should review an applicant’s essays and pass him or her.

In conclusion, while it is practically impossible to discussion every facet of bar admission, an overview of considerations for potential bar applicants will enlighten those who carefully and strategically seek admission to practice law in the United States. Again, careful planning and strategically positioning yourself will pave dividends to your goal and objective of seeking admission to the bar in the United States. An applicant should consider what State they wish to seek admission and see if they will meet the requirements, but again, the advantage that the Michigan bar examination has over most States is that applicants can pursue an appeal if they did not pass.

Kulwant Singh Boora, Esq., is an Attorney and Counsellor at Law, a member of the State Bar of Michigan and founder and managing attorney of The Boora Law Group PLC, a Michigan based law firm. He is also admitted in England and Wales as a Fellow of the Chartered Institute of Legal Executives and author of U.S. Bar Admissions For Foreign Law Graduates And Foreign Lawyers Which Includes State Bar Rules and Case Law, which is available through Amazon. He has been nominated by Thomson Reuters, Super Lawyers, Rising Star for 2019, 2020 and 2021. Attorney Boora also reviews bar exams results for bar examinees in Michigan who have failed the bar examination and advises and prepares bar exam appeals and consults on bar admission in the U.S. He can be reached at booralaw@gmail.com. 2021©

[2]One State Supreme Court when considering an applicant’s admission to the bar considered whether the applicant obtained an education in a common law jurisdiction when it was stated that “This court has found significant whether a bar applicant has received his or her education based on the English common law.” In re Budman, 272 Neb. 829, 724 N.W.2d 819 (2006) Id. at *837. Similarly, the Supreme Judicial Court of Massachusetts in Gregory C. Osakwe v. Board of Bar Examiners, 448 Mass. 85 (2006) noted “As to that general evaluation, the guidelines provide that the board will look to see if an applicant has studied in the common-law faculty of a school in a country whose jurisprudence rests upon the common-law tradition.”

[3]The Constitutional provision would be the 10th Amendment.

[4]James H. Goetz, 154 Mont. 274 (1969) “…permitting graduates of law school of state university to be admitted to practice without taking annual bar examination” under diploma privilege, which was later abolished.

[12]For example, see Iowa Admission to the Bar Rule, which states “31.11(2) Procedures for automatic review. The board will apply the following procedures for an automatic review: a. The attorney members of the board and any temporary examiners the board may designate will review the applicant’s written answers. The answers will be submitted on an anonymous basis without oral argument or hearing. If it appears that an answer should receive a different score (whether higher or lower), that score will be used to determine the applicant’s scaled score. The board will maintain a record of any changes made to the scoring of the individual questions on review. b. Following its review, the board will recommend to the supreme court that the applicant be admitted to the practice of law in Iowa if the applicant’s combined, scaled score after review is at least 266. An applicant whose combined, scaled score after review is 265 or below will be deemed to have failed the examination.” Also see Indiana Supreme Court Admission and Discipline Rule 14, provides in part that “All applicants who have achieved a combined scaled score of 255 to 263 shall be eligible to appeal.”

[13]For example, the State of Mississippi instituted a new rule that requires an additional 12 semesters hours of legal education if you fail the Mississippi bar exam 3 times and want to take it again. See Supreme Court of Mississippi Order dated 28th May 2019 granting the Petition to Amend The Rules Governing Admission To The Mississippi Bar and see also Frederick Griffin v. Mississippi Board of Bar Admissions, 113 So.3d 1257(2013) in which the Mississippi Supreme Court affirmed the Board’s denial of the applicant’s bar exam appeal. Similarly, the Supreme Court of Alaska In The Matter of The Application of Frank J. Bettine, 840 P.2d 994 (1992) up-held the Board of Governors of Bar Association denial of an applicant’s request to re-read and regrade his bar examination.