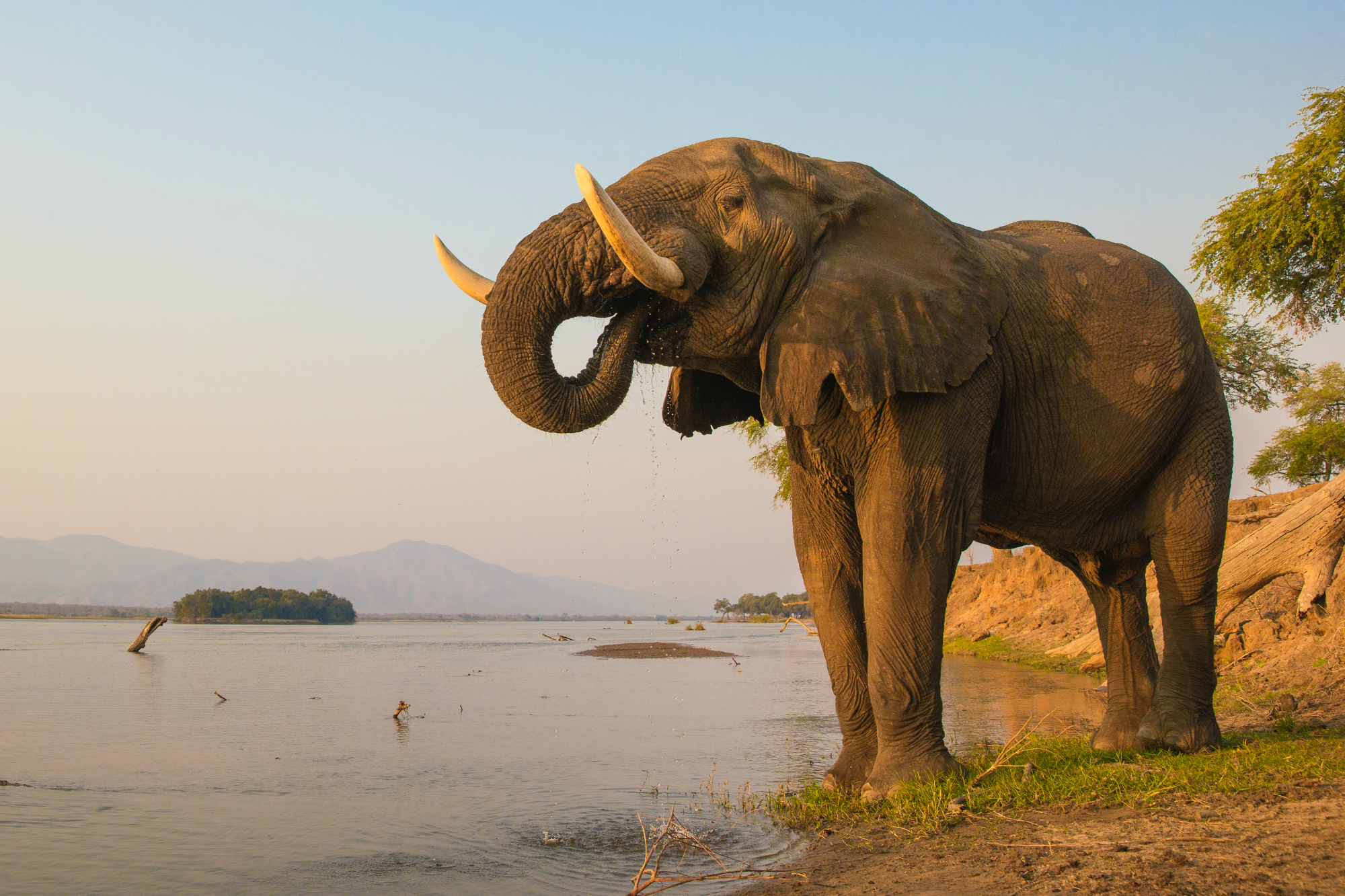 1. The theme of the Conference was ‘The Rule of Law in Retreat? Challenges for the Modern Commonwealth’. It was opened by Mr. Edgar Lungu, the President of Zambia, who emphasised the important role that lawyers play in ensuring the effectiveness of the Rule of Law (in particular, in keeping each of the three branches of state power in check) and the importance therefore of ensuring that lawyers were well trained and had their independence protected. His speech ended poignantly with the fitting Latin maxim ‘Fiat justitia ruat caelum’ i.e. ‘Let justice be done though the heavens fall’.

2. This was followed by a keynote address from Lord Burnett, the Lord Chief Justice of England and Wales, who spoke about the concept of parliamentary privilege, explaining its importance (i.e. that legislators must be able to carry their role without fear of arrest, civil suit or executive action), its development (i.e. from Tudor times and across the Commonwealth and the United States), its relationship with the courts (i.e. whether something falls within the scope of privilege is to be determined by the courts) and its relationship with the Rule of Law (i.e. the right to free speech in Parliament must not be in breach of a Court order).

3. The Conference had two other keynote addresses, including one from Baroness Scotland, the Secretary-General of the Commonwealth, who spoke on the importance of the Commonwealth as it celebrated its 70th anniversary, particularly in setting standards, such as the Commonwealth Principles on the Accountability of and the Relationship Between the Three Branches of Government, and in tackling issues that extended beyond national borders, such as climate change and the health of the oceans.

4. I found each of these three plenary sessions rich and interesting. The individual talks I attended were eye opening in their own way. Thus, for example, in ‘Constitutionalism and the Rule of Law – Obstacles to African Development’, the speakers, one of whom was the Chief Justice of Zambia, focused on the systemic failure of the Rule of Law in Africa as a cause of underdevelopment on the continent in spite of abundant natural resources. A strong civil society, a free press and an independent judiciary were seen as indispensable components for future African progress.

5. In ‘Slavery Reparations – the Case For and Against’, an issue we rarely come across in Hong Kong and so, a session particularly valuable to have attended, the speakers explained the history of the slave trade and addressed the difficult moral and legal issues involved with compensation. These include, for example, who should receive the compensation now that the slaves themselves have passed away? If it were to be the direct descendants who do so, how would they be identified? How does one quantify the damage suffered, particularly in light of development aid and trade policies that may very well have benefitted the slaves and their descendants? Why should taxpayers have to make payment when they have not caused the slavery or benefitted therefrom? And perhaps most importantly, does money compensate anyway?

6. In ‘Freedom of Expression v. Fake News’, the two overriding concerns expressed were that states are in fact the greatest creators of fake news and that they were are being too heavy handed in tackling the matter. Thus, for example, in 2019 alone, 5 African countries had shut down the Internet to do so, leading to business operations being suspended and medical services being hampered quite apart from the impact on freedom of expression. The speakers, including Lady Justice Sharp, the President of the Queen’s Bench Division of England and Wales, expressed the need for judicial officers and enforcement agents to be better trained and the need for better self regulation rather than state regulation. An example of this would be Facebook, which has repeatedly made calls for governments to step in to stave off pressure on it itself to issue periodic reports on shutdown orders it has received or release its content moderation policies or better protect the usage of personal data.

7. In ‘Emergency Powers in Emerging Democracies’, the speakers looked in detail at the wording of emergency power clauses within constitutions and pieces of legislation governing public order, and addressed both the court challenges and practical enforcement issues once these powers were exercised, in jurisdictions as diverse as the Bahamas, Ghana and India. I have been reviewing my notes on this matter in view of recent discussions on the possibility of the use of the Emergency Regulations Ordinance here at home.

8. I also made sure to attend sessions that were particularly pertinent for my practice. Thus, in ‘Developments in Appellate Advocacy’, I was reminded that written submissions have rapidly grown in length so as to obfuscate key issues and that in view of the increasing complexity of matters, greater preparation than ever needed to be done and needed to be done sooner. There was also a discussion on judicial bullying, with phrases such as ‘Are you being paid to be here?’ frowned upon.

9. And in ‘Best Practices in Regulations, Entry and Exit Procedures to the Bar’, the speakers, including the Chief Justice of Ghana, discussed new mechanisms being considered such as the creation of a new body to regulate lawyers independent of the legal profession and accountable only to the legislature and a legal aid scheme for engaging paralegal services. There were also criticisms of the low pass rate for entry into the profession in certain jurisdictions. For example, in Zambia, only 3 people were called to the Bar last year and this in spite of there being only 1,400 lawyers in a country of 17 million people.

10. Whilst the sessions I went to were deeply worthwhile, the best part of the Conference for me was the joy of being able to meet lawyers from across the Commonwealth, in particular, from Africa, whom I would otherwise not have had the privilege of meeting. I met lawyers in all sorts of roles (from private practitioners to judges to international organisation experts to academics), in all sorts of practice areas (from crime to intellectual property to competition) and of all ages (from those who had just begun practice to senior judges).

11. Through these encounters, I had many interesting conversations. I learnt about what life is like as an individual and as a lawyer in these different countries, how legal systems and broader governance work in varying jurisdictions and what thought processes and approaches professionals take given different backgrounds and trainings.

12. Specifically, I sat next to the President of the Rwanda Bar Association at one lunch and we spoke about the relationship between China and Africa as well as the genocide that had so sadly happened there in his country back in 1994.

13. On another occasion, I happened to sit on a golf cart travelling around the conference site next to Justice Edwin Cameron of the Constitutional Court of South Africa, well known for being the greatest legal mind of his generation and a gay rights and HIV activist. I shared with him my personal visit to that Court previously and my deep appreciation thereof.

14. Further still, an attending Member of the Standing Committee of Young Barristers of the Hong Kong Bar Association had organised to meet officially with the Young Lawyers Committee of the Law Association of Zambia and I was invited along to attend. The Zambians were represented by their Committee’s Patron (a Senior Counsel offering advice) and Secretary as well as approximately 10 young members and the meeting was a real treat. We spoke about the ways our organisations helped young practitioners develop their practices and advance through continuous training, the state of diversity in our professions and opportunities for future collaboration including mutual exchanges and regular mutual updates on our work.

15. My encounters with some of over 600 lawyers from 40 jurisdictions were achieved by attending the various social events on offer, including the Welcome Reception, the Commonwealth’s Reception at the Livingstone Museum and the English Bar Council’s Networking Reception.

All that then leaves me to say is a very heartfelt thank you to The Commonwealth Law Conference Foundation Limited once again for allowing me this experience. I have through the process found out much more about the Commonwealth Lawyers Association and hope to contribute in the future to an organisation that is both noble in its aims and extraordinary in its membership.