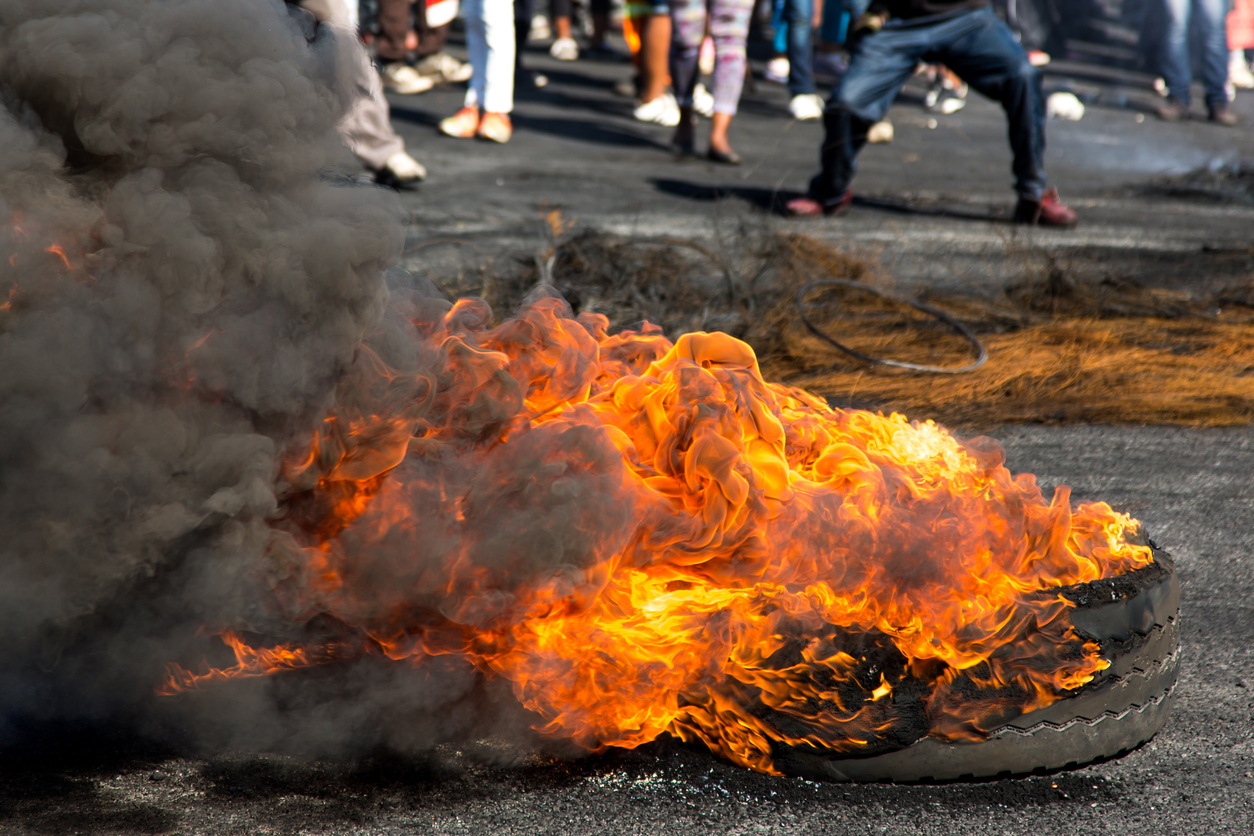 Africa / South Africa 2021: A Tale of Unrest and Resilience

For many of the post-apartheid generation, the visuals coming from the recent unrest were unimaginable. Quite ironic given the prior and very strong warnings from members of former President Zuma’s family and his support base over the week of his incarceration.

Let us track back. It is December the 9th 2015, famously known as ‘The 912’. Finance Minister Nhlanhla Nene was removed from office by President Jacob Zuma and was replaced by Desmond van Rooyen. That day saw the South African Rand plummet to levels never seen before, this cost the country’s fiscal no less than half a trillion Rand only on equities and bonds. At the time, I ran a non-profit organization that transacted in US dollars. My heart pounded as I saw the South African Rand diving deeper and deeper every minute. It was a blood bath.  The sharp decline of the Rand, heavily impacted the insurance industry, the cost of imports, and the cost of settling insurance claims shot up considerably. Also, because insurance is generally considered a grudge purchase, the industry does thrive on a stronger economy. Therefore, this was a notable and costly event for the insurance industry.

The 912, and the events surrounding it are what eventually led to the current unrest. Former President Zuma is alleged to have initially offered the Finance Minister position to then deputy Finance Minister, Mcebisi Jonas for an astounding incentive of R600m to be paid by the Gupta family. Mcebisi Jonas’ alleged refusal of this appointment and the R600m sweetener was the birth of the state capture commission, under the recommendation of former Public Protector, Advocate Thuli Madonsela. Eventually leading to former President Zuma’s incarceration.

This has been a prolonged event for the South African insurance industry, beginning with the 912 in 2015. Particularly because, by and large, the industry has not suffered any direct losses as the perils involved in the unrest are not covered in our tradition insurance policies, this exposure is wholly transferred to the country’s Terrorism pool, the South African Special Risk Insurance Association (SASRIA). SASRIA is a state-owned insurance company that was formed in 1979 following the Soweto uprisings on 16 June 1976. Their purpose is to be specialist underwriters and sole risk carriers of riots and terrorism exposure. They are a monopoly in South Africa and according to the SASRIA Act, no other insurance company may provide this cover.

Although the total insured loss (to SASRIA) is estimated to reach the R20 billion mark, the loss to the South African economy is much larger – it is estimated to be north of R50 billion. That is the real impact that the insurance industry will feel; a shrinking market and the indirect effects of a dip in the economy, as the insured losses will be covered by SASRIA. These indirect effects are a wide array ranging from a reduced risk management by the insureds (as some risk mitigating measures are costly), all the way to a higher moral hazard.

Impacts that are not as obvious are changes that the industry (in collaboration with SASRIA) will now need to consider as we have seen clear gaps in the cover granted to the customer. A notable observation from the SASRIA policy wording (available on their web page) is that they explicitly exclude business interruption losses arising from an event that occurs outside the insured risk address. This creates a gap as the traditional insurance policy also excludes losses arising from a SASRIA peril, e.g., strikes, riots or terrorism. Therefore, should the insured suffer a business interruption loss because their suppliers (e.g. The Massmart fire) were attacked during this unrest, that insured will not be covered as the SASRIA policy does not cover this loss (outside the insured risk address) and their traditional Fire policy will also not cover it because SASRIA perils are simply excluded in traditional policies. It would appear that SASRIA may need to widen their cover or some of these perils may find themselves in traditional policies.

As much as the unrest was triggered by the incarceration of former president Zuma, it was exacerbated by the South African economy that was already under pressure.  The looters were self-serving and opportunistic. This also happening at possibly the worst point in the history of our new democracy, during the covid pandemic. Therefore, we expect these key contributors to the unrest to still have the largest impact on the South African insurance industry. A silver lining however is that we still do have a positive economic outlook going forward. Our democracy was tested, and it held firm. The Constitutional Court did not reverse their decision against former president Jacob Zuma, refusing to succumb to the pressure of what we now know was an insurrection. Such a solid commitment to the rule of law will always be an encouraging sign for a country’s economic recovery.

The IMF has come out confirming this positive outlook also, they expect a GDP growth of 4% for the 2021 year (Y/Y). We can expect this to trickle down to the insurance industry. The gaps in cover will be closed, there will be a better alignment between traditional Fire policies and the SASRIA policies, a step in the right direction. There is now a much greater appreciation of the importance of SASRIA cover in general, including the previously uninsured, we can now expect a greater insurance penetration in that space. In as much as it was a black swan event, what is key for us as the insurance industry are the lessons to take from it and the positive spin-offs that we do have as our silver lining. The loss of lives and the economies impacted were an absolute tragedy for our nation and our industry, however we do see a brighter future. May the lives we lost during this unrest rest in peace, ours is to create a better South Africa.