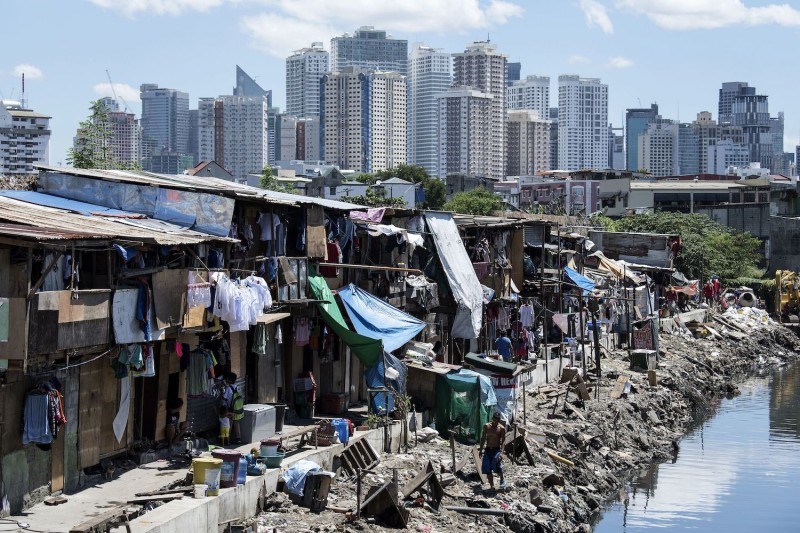 CLA News / The Commonwealth and decriminalization of poverty

The Institute of Commonwealth Studies has started a two-year project to help raise awareness across the Commonwealth of the multiple needs for the decriminalisation of poverty programme, in support of SDG 16, Peace, Justice and Strong Institutions.

This project is being funded by the Open Society Foundation (OSF), as part of its global campaign for reform of colonial-era and newer petty offences which penalize poverty and status.

As Louise Ehlers (Unit Manager, Justice Security and Accountability, Human Rights Initiative, OSF) has noted, around the world states routinely use law enforcement, courts and prisons against the poor and most marginalized for reasons that have little to do with safety, but rather to protect the boundaries of wealth and privilege. Commonwealth countries, with their historically-connected legal systems, provide many examples of this. Criminal justice institutions, with their mandate to arbitrate on and dispense justice, hold the power to curtail the most fundamental human rights: those to liberty and life. They are among the most powerful tools that states have at their disposal to assert social control and oppress dissent, backed by state-sanctioned use of lethal force, the derogation of the right not to be tortured, extreme and disproportionate sentencing, as well as overcrowding and inhumane conditions of detention. These comprise multiple, intersectional forms of oppression, including combinations of gender, mental health, race, ethnicity, nationality and class, negatively inflect legal outcomes for marginalized constituencies, which include but are not limited to the homeless, women, and landless and land-poor groups, people with disabilities, the LGBTIQ+ community, sex workers, informal traders, and individuals who otherwise use public spaces to earn a living.

The Open Society Foundation’s efforts in Africa to decriminalize petty offences have created an unprecedented moment, where for the first time, offences that penalize poverty and status are simultaneously being brought to the attention of all African States and, arguably, the two most important African human rights mechanisms – the ACHPR and the African Court. In December 2020, the OSF-supported  Campaign to Decriminalize Petty Offences in Africa secured an  Advisory Opinion from Africa’s apex court which ruled that colonial-era Vagrancy laws violate the rights in the African Charter on Human and Peoples’ Rights to equality, dignity and freedom from cruel and inhuman treatment, placing a positive obligation on States to reform their criminal laws, and halt unlawful arrest practices.

The Advisory Opinion is the second normative standard to emerge from our wider African Union-level focus on this issue. The 2017 ACHPR Principles on the Decriminalization of Petty Offences in Africa  provide a blueprint for African States to guide the review of outdated and discriminatory criminal law. The Advisory Opinion, read with the Principles, provide a singular opportunity for an urgent review of relevant legal and policy frameworks not only in Africa but also in other regions grappling with a similar colonial legacy, e.g. South Asia, the Caribbean and the Pacific, contributing to a broader global movement towards the dismantling of policies that perpetuate discrimination.

This project will be led by Dr Sue Onslow, Professor James Manor and Dr James Chiriyankandath at the ICWS. It will focus on the legal environment and jurisdictions of the Commonwealth, with particular attention to South Asia (India and Bangladesh). The Commonwealth, as a unique post-colonial multilateral organisation together with the strength and reach of its networks, offers a particular platform for advocacy and public engagement, directed at policy makers. Although the Rule of Law Division at the Commonwealth Secretariat assists countries to audit their legislative frameworks to modernize them (through updating legal codes, or repealing legislation), to date the Secretariat has not carried out a comparable project on the thematic issue of criminalization of poverty. Consequently, there is considerable interest in this research, its findings and recommendations, to support the Commonwealth’s broader work to fulfil SDG 16.

In this project, the Institute of Commonwealth Studies’ objectives will be the completion of a research programme, including a scoping exercise of Indian and Bangladeshi colonial-era and legacy laws, and institutions which underpin them, which have been utilised to criminalise petty offences to the detriment of those in extreme poverty, the marginalized and first nation/adivarsi communities across the Commonwealth. This will include assessment of legislation and crimininalisation constraining forest rights, women, poor people’s small-scale enterprises/vending, denials of access to supposedly available government programmes/benefits. The project will also pay attention to the processes which have led to successful efforts to remove colonial era laws that damage poor, vulnerable groups.  That will enable identification of lessons on how to achieve similar successes.

The Institute is in the process of setting up a series of meetings and workshops to raise awareness and promote advocacy of legislative reform, using Commonwealth networks, and welcomes the opportunity to work more closely with the Commonwealth Lawyers Association. This includes a webinar in the run up to the Commonwealth Heads of Government Meeting in Rwanda in June 2022 (exact date to be confirmed) and requested contribution for an event in the People’s Forum.