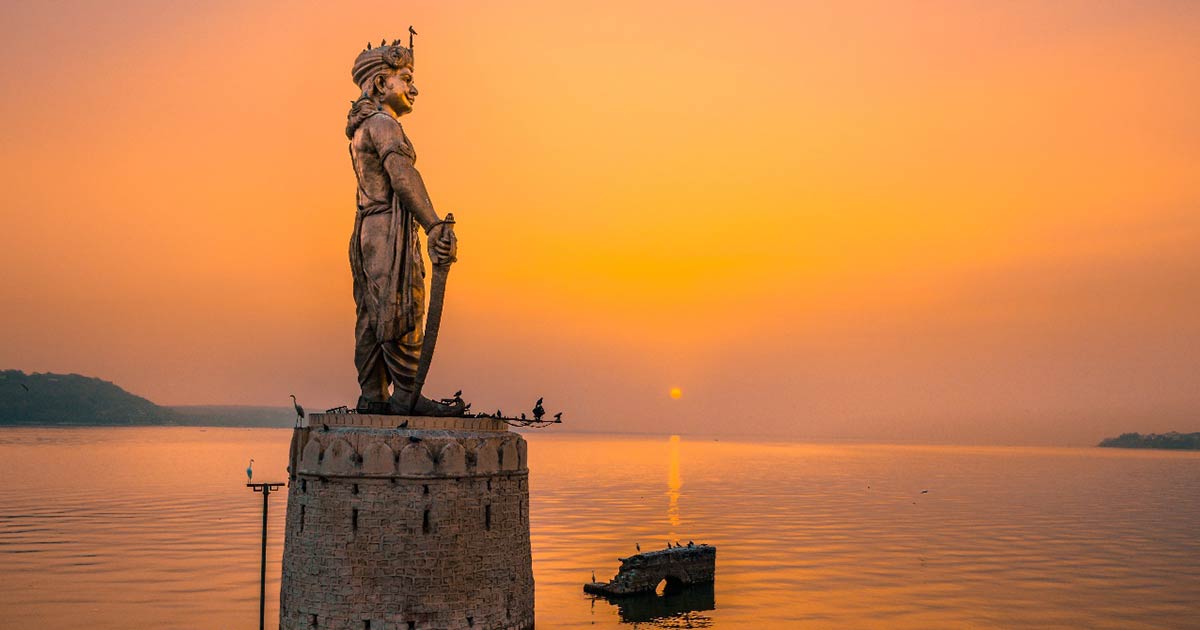 Author: Siddharth Sijoria, YCLA India Committee member and an advocate practicing at the Madhya Pradesh High Court at Gwalior and the Supreme Court.

The Madhya Pradesh High Court must use this case to define the contours of fraternity with a view to promoting unity and integrity of the people.

Another clash between the two communities was recently witnessed in Gwalior when a statue of Raja Mihir Bhoj carrying the words ‘Samarat Mihir Bhoj Gurjar’ was erected by the Municipal Corporation.

A petition was filed in the Madhya Pradesh High Court, before the Bench of Justices Sheel Nagu and Anand Pathak, seeking passing of effective directions to control violence between the two communities. According to the Bench, such clashes not only affect the law and order, situation but also violated the principle of fraternity which is a cherished virtue in our Constitution.

In its order, the Court constituted a committee of experts to determine the historical claims made by the two communities. In addition to this, the Court framed a very interesting constitutional proposition which has not been discussed by any constitutional court in India until now. The Court asked if the statue of a national hero established in a public place, from public funds, can have the name of a caste attached to its description, or whether the same is against the spirit and goals of our Constitution.

In this piece, I will attempt to showcase that depiction of caste name in public is against the intent of the founding fathers who viewed that with passage of time, caste-based identities will fade away in the spirit of fraternity. Moreover, vesting the Executive with the discretion to allow display of caste in public would be arbitrary in terms of Article 14. Further, it also, defeats the constitutional spirit of fraternity found in different Articles of the Constitution. Lastly, I recommend that the Court must use this opportunity to define and develop principles concerning judicial review of cases involving the principle of fraternity.

Caste and the Constitution

Individuals in India carry several social identities. One can be a man, a doctor, and at the same time as his surname would reveal, a Brahmin, Kshatriya, Baniya or Shudra. Despite its denunciation, the caste system has continued to prevail in Indian society. The existence of the caste system was a cause of concern for our founding fathers during the framing of the Constitution. The most important task before the Constituent Assembly was to bring together the divided society under a single law that guaranteed equal protection of law. Dr BR Ambedkar had denounced the caste system as “an attempt to assign tasks to individuals in advance, selected not on the basis of trained original capacities, but on that of social status of parents.” According to him, Hindus did not constitute a society. For a society to exist, there must be communication amongst its members and the rigidity of the caste system kept people in ‘isolated pockets’. The maintaining of the institution of caste would not allow individuals to see each another as equal citizens, and thus bringing people under one Constitution would be an impossible task “as democratic form of government presupposes democratic form of society.”

This was a daunting task before the Constituent Assembly, which wanted to break the existing social structure and create a new Constitution with focus on the individual. Thus, the Constitution sought to transform the status of individuals based on caste into citizens under the common authority of Constitutional Law. This is brilliantly explained by Madhav Khosla in his book India’s Founding Moment, in which he writes,

“The codification of the Constitution placed Indians under a shared umbrella of understanding, centralization and situated them in an equal relationship to a common authority.”

After independence, the democratic character of the State was thus enabled by bringing the plural Indian society under one Constitution to promote unity amongst citizens.

Fraternity under the Indian Constitution

The founders knew that bringing people under one legal system will not ipso facto remove social inequalities. Certain guarantees were incorporated in the Constitution to promote fraternity and build an egalitarian society. The word ‘Fraternity’ under the Indian Constitution finds mention only in the Preamble, which clearly explains that the Constitution seeks to promote among citizens fraternity, assuring the dignity of the individual and the unity and integrity of the nation. The focus on the idea of fraternity can be gathered from the words of Ambedkar in the Constituent Assembly debates:

“Fraternity means a sense of common brotherhood of all Indians— if Indians being one people. It is the principle which gives unity and solidarity to social life. It is a difficult thing to achieve…Without fraternity equality and liberty will be no deeper than coats of paint…Without fraternity, liberty and equality could not become a natural course of things…”

In addition to the Preamble, a few provisions in the Constitution collectively represent the existence of fraternity as an inherent feature of the Constitution. For instance, Article 17 prohibits untouchability. Article 15 calls for entry of people into public places without any discrimination based on caste, gender religion etc. Article 25 provides for throwing open of Hindu religious institutions of public character to all classes and sections of Hindus. Further, Article 38 requires the State to minimise inequalities in income, and endeavour to eliminate inequalities in status, facilities and opportunities, not only amongst individuals, but also amongst groups of people. Further, the fundamental duty under Article 51A(e) encourages all to promote harmony and the spirit of common brotherhood amongst all people of India.

No important constitutional case law has particularly dealt with the idea of fraternity in the Indian Constitution. The Supreme Court in Raghunath Rao v. Union of India, while defining fraternity, observed,

“It will be relevant to cite the explanation given by Dr. Ambedkar for the word ‘fraternity’ explaining that ‘fraternity means a sense of common brotherhood of all Indians.’ In a country like ours with so many disruptive forces of regionalism, communalism and linguism, it is necessary to emphasise and reemphasise that the unity and integrity of India can be preserved only by a spirit of brotherhood…”

“The idea of fraternity occupying as crucial a place in the scheme of our nation’s consciousness and polity, is one of the lesser explored areas in the constitutional discourse of this court. The fraternity assured by the Preamble is not merely a declaration of a ritual handshake or cordiality between communities that are diverse and have occupied different spaces: it is far more.”

Thus, from reading of different provisions of the Constitution and the intent of the founding fathers and the courts, it can be deduced that the Constitution does require enactment of laws promoting fraternity amongst individuals as a basic feature.

What the Court can do

The Gwalior Bench has a great opportunity to give the country its first landmark judgment concerning the lesser explored principle of fraternity. In a democracy governed by Rule of Law, the role of the judiciary in promoting constitutional values becomes very important. As former Chief Justice of India MN Venkatachaliah said in a speech,

“The constitutional adjudications have the urgent task of defining or redefining from time to time the basic constitutional concepts in a changing and disparate world. Judicial policy is directed to the management within the constitutional parameters of the apparent conflicts in society.”

Public display of caste also militates against the principles of equality enshrined in Article 14, as no rational nexus exists between the display and any constitutional spirit or goal. The exercise of discretion in allowing the inscription of caste name on the statue, as done by the municipal corporation in the present case, is arbitrary considering the “activist magnitude” of equality vis-a-vis fraternity under the Constitution.

The avoidance of usage of caste in public life is an unwritten convention, as no law exists to prohibit it. However, a comprehensive reading of the Constitution and the intent of the founding fathers would not support such display. The success of democracy depends on its respect for these conventions. Fraternity under the Indian Constitution exists as a perambulatory principle, and is quite ambiguous to define. However, a certain degree of ambiguity is desirable in perambulatory principles, as it allows for judicial craft, making the Constitution suit the needs of a changing social order. Thus, the Court should use this case to define the contours of fraternity with a view to promoting unity and integrity of the people and to establish national oneness of its citizens.