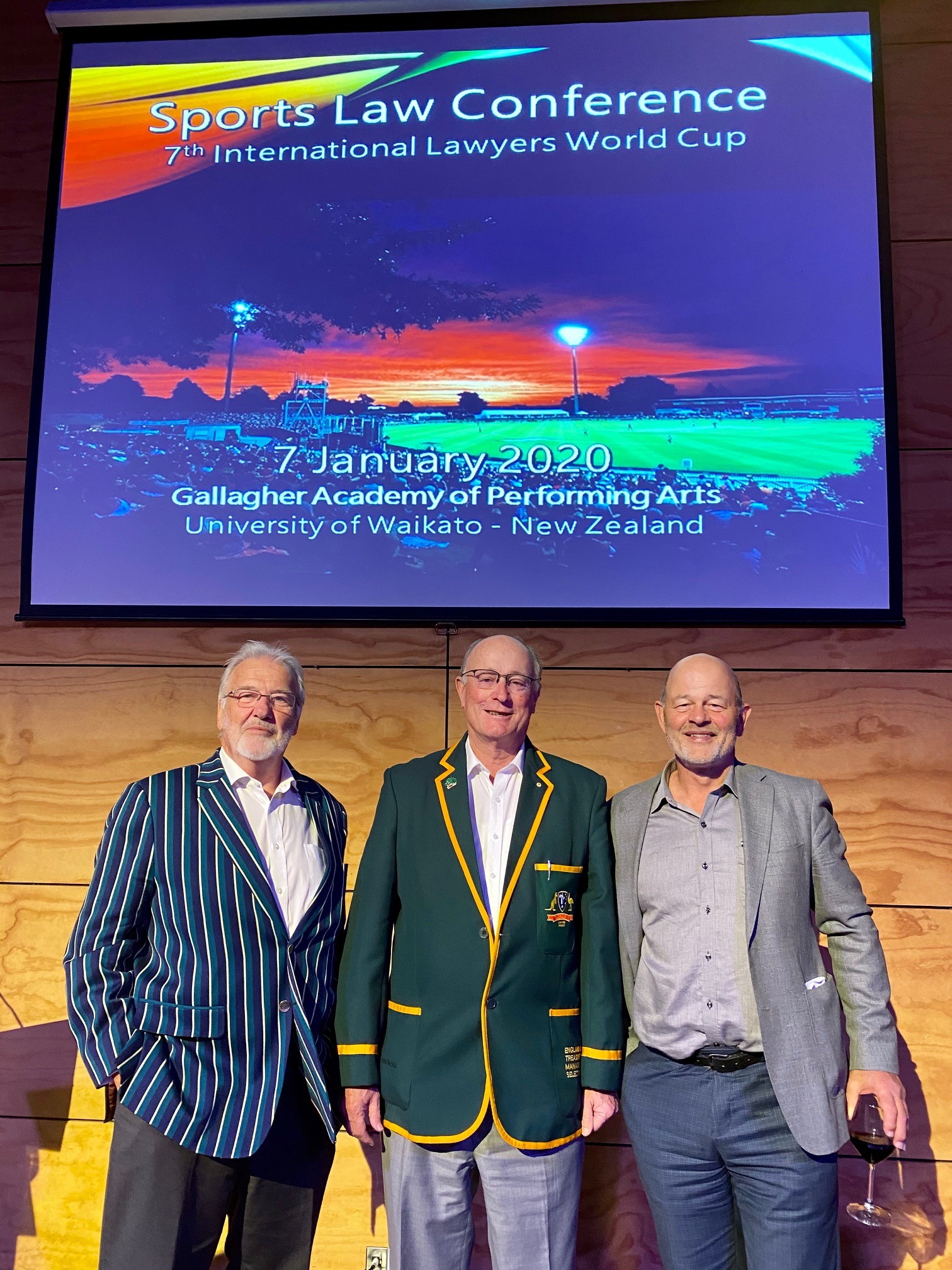 Australasia / The Spirit of Cricket and the Laws of Cricket: Overstepping the Crease

Cricket is the embodiment of fairness, integrity and equality. The “Spirit of Cricket” ethos encourages playing the game with respect for your opponents, your captain, your team, officials and umpires, but most importantly playing with the future of the game in mind as well as its traditional Commonwealth values.

Applying a “cricketing” mindset to any sport, to life and particularly to the practice of law, develops best practice in law making, advocacy and decisioning making, and strengthens professional ties.

On 7 January 2020, over 150 judicial officers, barristers, solicitors and practicing lawyers from Australia, New Zealand, England, Wales, West Indies, India, Sri Lanka, Bangladesh and the Commonwealth descended upon the University of Waikato’s Gallagher Academy of Performing Arts for an engaging collection of presentations on contemporary issues in sports law, with a focus on the “Spirit of Cricket”, standards of proof, anti-doping, regulation and dispute resolution.

Following the conference, former NZ International Ervin McSweeney shared some delightful tales of his colourful past with teammates Sir Richard Hadlee and Jeremy Coney MBE on the waterfront over a couple of glasses of New Zealand’s finest pinot noir and pinot gris.

Honorary life president of the Commonwealth Lawyers’ Association, Ron Heinrich said: “It was a fantastic evening to enjoy one another’s company and to learn. Most importantly, it was an opportunity to have a conversation about how applying a “Spirit of Cricket” mindset to the law and life promotes respect, develops relationships and maintains the honour and integrity of the profession.”

And here’s a report with a bit of history of the event from CLA’s immediate past President, Santhaan Krishnaan who was in Hamilton…

The seventh edition of the biennial Lawyers Cricket World Cup for lawyers across the Commonwealth took place in Hamilton, New Zealand from the 29 December 2019 to 9 January 2020. Fourteen teams of lawyer cricketers from eight countries participated in the event. Australia, Sri Lanka, Bangladesh, Pakistan and India had two teams each, and England, New Zealand and West Indies each had one team. The 14th team was a Commonwealth team consisting of lawyer cricketers from most of the participating teams.

On a day to day basis, lawyers witness how the Rule of Law plays out in the Courts. Once in two years the cricketers, their supporters and the organisers travel across various regions of the Commonwealth to meet and test their skills in the game of cricket. In the previous editions of the World Cup, the cricketers met in Hyderabad, Cambridge, Barbados, Delhi, Brisbane and Colombo.

The Cup is called the ‘Butterfield Cup’, as it was instituted in the name of Sam Butterfield, an English barrister who died in a tragic accident after the first Cup in Hyderabad. Over the years Australia, Pakistan and India have held the Cup.

The grand final for the main event took place at the International Cricket Ground at Seddon Park on 9 January 2020. After succeeding in the semi-finals against Pakistan and India, the Australians met the Sri Lankans for the ‘Butterfield Cup’. Batting second, the Australians kept their cool and played a steady and sensible game of cricket to win the coveted Butterfield Cup (LCWC7). This was the Australians’ second win in succession and the third time winning the Cup in the history of the event.

The Sports Law Conference was also held on 7 January 2020 at the Gallagher Academy of Performing Arts in the University of Waikato, Hamilton. The excellent presentations explored the contemporary issues in Sports Law with a focus on the Spirit of Cricket, changes in the game, anti-doping regulations and dispute resolution.  Evatt Styles, a facilitator from Australia, conducted the conference. Roddie Sim, the head of the Organising Committee and barrister from Hamilton, set the ball in motion by declaring open the LCWC7 at the sprawling University of Waikato. Presentations were also given by Sir John Hansen, Paul David, Lachlan Gyles, Anthony Crocker and Yasin Patel. There was also a fascinating presentation by Erwin McSweeny, a wicket keeper and batsman who was a contemporary of Sir Richard Hadlee.

At the Closing Ceremony, it was again Roddie Sim who gave away the Cup to the Australians and the Plate to the Pakistanis. Curtains were brought down when Roddie Sim passed on the traditional baton (a cricket bat) to the Captain of West Indies team, the next hosts. Stefan Ramkissoon formally welcomed everyone to Trinidad and revealed that the West Indies would be aiming to host a memorable LCWC8 during July/August 2021.

No. 4B, Old Lawyers Chambers,