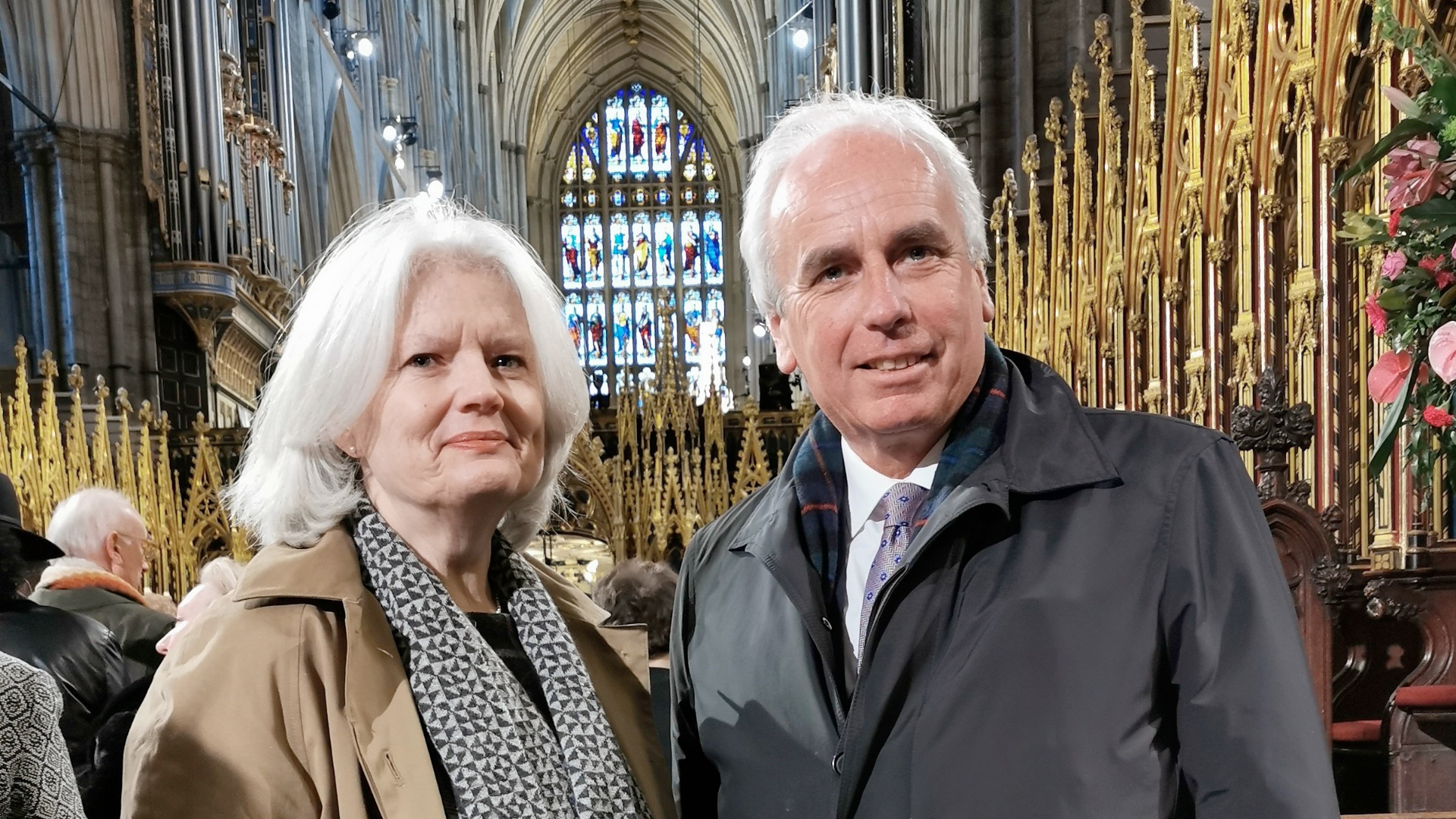 CLA News / A message from the President.

I hope that wherever you are in the Commonwealth and in whatever situation you, your family, friends and work colleagues find yourselves, that you will keep well and keep positive.

In these times of social isolation, I have not been able to see my grandchildren other than on Facetime.  Two weeks ago, Emmeline, aged 5, became upset that she could not ride her bicycle.  With what I thought was grandfatherly wisdom I said to her: “Emme, it’s all a question of balance”.

Two weeks on and I was sent a heart-warming clip of Emme riding her bicycle in the grounds of Stormont Park in Belfast – even taking one hand off the handlebars to show her amazing new skill.  She cycled past her mother looking up at the camera phone and giving a broad grin of happy confidence.  She had found her balance.

On 9 March 2020, before matters were seriously locked down in the United Kingdom, I attended the Commonwealth Service in Westminster Abbey.  I was privileged to see Her Majesty Queen Elizabeth, walking in to take her seat for the Service and beside her Prince Charles and the Duchess of Cornwall, beside them the Duke and Duchess of Cambridge and behind them the Duke and Duchess of Sussex.  While that attracted great attention the reading at the Service captured my focus.

This was the familiar story of the Good Samaritan (in the Bible, Luke 10:29-37) and was read (extremely well) by Prime Minister Boris Johnston.  It was the Samaritan who helped and this prompted the question “Who, do you think, was a neighbour to the man who fell into the hands of the robbers?”

At times of lockdown we are experiencing a great reach of friendship from people across our Commonwealth and the use of technology is truly establishing that we are all neighbours.  The indiscriminate spread of the Covid-19 virus shows that we are all one humanity.

Following the Westminster Abbey Service, I took part in a conference organised by the Commonwealth Institute on religious freedom and media freedom in the Commonwealth.  We heard case studies from three countries in the Commonwealth where journalists shared their experience of how freedoms were curtailed.  This despite the Commonwealth Declaration on Freedom of Expression and the Role of the Media in Good Governance in which the CLA participated and despite, of course, the rights to the freedom to hold views and express views in the Universal Declaration of Human Rights.  Many legal colleagues are denied their rights to speak freely in representing their clients – and the CLA issued statements recently concerning advocate John Sangwa SC of Zambia and Fatma Karume of Tanzania.

I contributed some thoughts about the experience of Northern Ireland and how “political architecture” could assist to assure respect for difference and coalescence around matters of shared interest.  The mandatory coalition in the Northern Ireland Executive and the societal consequences of equality legislation brought in to Northern Ireland, to ensure that difference was taken into account in decision-making by public bodies showed, I suggested, how designed structures could assist in addressing religious intolerance.

One controversial contribution came from Akbar Khan former Secretary General of the Commonwealth Parliamentary Association.  He made the – undeniable – point that while the Commonwealth had issued many Declarations it was not obvious that in fact changes consistent with those Declarations had been implemented.

Now we are subject to lockdown.  Parliaments rapidly pass emergency legislation.  Scrutiny by Parliament of the proposals of the Executive is limited.  Our individual freedoms to associate and to travel are curtailed.

It is time again to reflect on the importance of the Rule of Law – a cause central to the CLA.  Across the world measures to tackle the pandemic are put in place.  These confer more powers on police and law enforcement agencies and grant extensive powers to the Executive, while the Rule of Law is not much mentioned.

It has caused me to reflect on whether the actions taken are truly proportionate.  I return to the advice I proffered to my granddaughter – “it’s all a question of balance”.