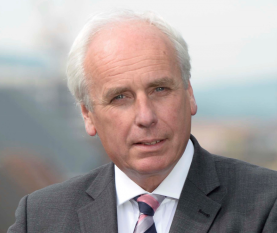 Singapore – Opening of the Legal Year

On Monday 11 January 2021, the Opening of the Legal Year ceremonial events took place in Singapore.  The opening event itself was done virtually with speeches from Chief Justice Sundaresh Menon and Attorney General Lucien Wong and the President of the Law Society of Singapore – Mr Gregory Vijayendran.

The President had arranged a Round Table to take place by video conference, and there were 2 sessions – each with interests for the CLA.  The first session focussed on lessons to be learned from Bar Association and Law Societies’ management of the COVID-19 health crisis.  I was asked to moderate this session.  In the second session moderated by the Chunghwan Choi, President of Law Asia, our Council member David Greene, President of the Law Society of England & Wales took part as a panellist.

The panel I moderated was comprised of the newly elected President of the Law Council of Australia, Dr Jacoba Brasch QC, Salim Bashir, the President of the Malaysian Bar Association, and finally Chen Fung the Vice-President of the Guangdong Lawyers’ Association on mainland China.  Each contributor reflected on what their respective jurisdictions had done to support members and to engage with their judiciary and justice departments.  It was remarkable that, while the jurisdictions are so different, there was an overlap in much of what was said.

Indeed, Jacoba Brasch observed that an unexpected consequence of the pandemic was a realisation by many of just what an important the role the legal profession played in terms of commerce, personal rights and obligations, and in terms of maintaining the Rule of Law in society.

Mr Chen Fang from Guangdong provided details of an impressive list of publications, training videos and other tools to acquaint both the public at large in Guangdong province and the legal profession, to deal with changes brought about by the effects of the emergency powers dealing with the health crisis in that jurisdiction.

The Malaysian Bar were particularly energetic: holding government to account, engaging with the judiciary and ensuring that members were fully supported financially by refunding part of the membership fee, and also with regard to their wellbeing.  One could not help but be impressed by the vitality, energy and commitment of the Malaysian Bar Association.

In follow up discussion which I led, Jacoba Brasch was asked about her specialist area of legal practice – namely family law, and this led to a significant discussion about how individual rights should not be forgotten in the context of the society wide emergency.  Issues of domestic abuse, of difficulties in arranging for contact with children whenever travel was not permitted, and issues of taking evidence from parents who were hostile to each other but living in the same house and with their children present were all ably discussed by Jacoba.

The session was summarised graciously and eloquently by Gregory, the President of the Law Society of Singapore, and it was gratifying to have been involved in this discussion.

After a short break the next round table discussion took place dealing with opportunities arising for the legal professions. In this regard David Greene, with his usual impressive and broad sweep of knowledge and information spoke about the use of the IT, the use of technology in courts, how in person attendance in courts would no longer be obligatory and spoke also of issues to do with training and connection to younger lawyers and trainees.

The Vice-President of the Law Society of Hong Kong – Amirali Nasir, provided a remarkable insight into the use of technology and how the legal profession generally simply did not ‘get’ legal technology.  Amirali belied his seniority by showing an awareness of use of, and appreciation for a multitude of apps and technology, which as he said were the only means of communication with which Generation Z were familiar.  Hard copy documents, paper files and the like were really ancient history so far as he was concerned, and it was a welcome wake up call to hear this and to commit both personally and in the CLA work to use technology and to ensure that regulation of law firms moved with the times.

A final contributor on this panel was the President of the Law Society of Korea, which again provided a fascinating and helpful insight into that jurisdiction.

Overall, the Opening of the Legal Year Presidents’ Round Tables arranged by the Law Society of Singapore were impeccably organised, were relevant and were important.  It was a delight for the CLA to have participated, and although it did mean an early start for the UK participants it was well worth the time taken to participate in these events.

I also took the opportunity of mentioning the Conference in the Bahamas in September 2021, and at Vice President Steven Thiru’s suggestion, I mentioned the Bar Leaders’ Forum, which would be organised at the CLC and invited those present from Commonwealth jurisdictions to keep the date and commit to attending.