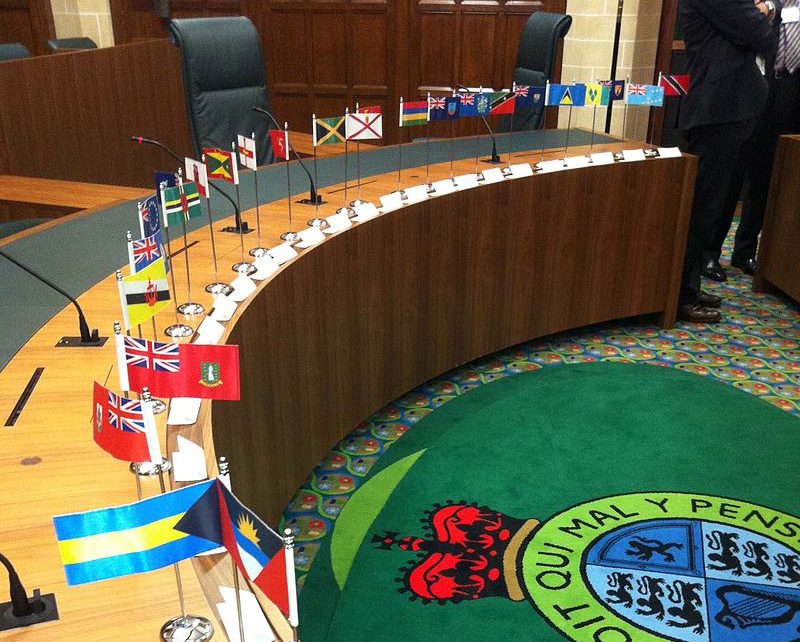 On 24 May 2021 the Privy Council gave an important judgment, stressing the wide ranging scope and effect of the constitutional right to protection of the law.  In Commissioner of Prisons v Seepersad  [2021] UKPC 13  the Board considered whether detaining children in adult prison in contrary to  Trinidad legislation designed to protect children in custody breached constitutional rights.

The proceedings in Trinidad

In Seepersad the two appellants were charged in 2014 with murder, a non bailable offence in Trinidad.  Sasha was then 16 and Brian was 13.  On 18 May 2015 ss 54 and 60(1)(5) of the Children Act came into operation.   Section 54(1) required a court remanding a child not released on bail to be detained for the remand period in a particular detention centre designed for children, the “community residence” named in the order.  Section 60(1) prohibited a court from ordering a child to be detained in an adult prison.  Section 60(5) prevented a child detained in custody from associating with adult prisoners- except where the court expressly authorised association with named adults in its order.  No proper explanation was ever given by the Government about the timing of its decision to implement the legislation  or why it failed to give effect to its provisions.

In August and September 2015 Sasha and Brian each brought combined judicial review/constitutional proceedings against the Chief Magistrate and the Attorney General.  Various attempts were made to seek interim orders placing the children in community residences.  On  7 December 2015 Sasha was transferred from the Women’s Prison to St June’s Home For Girls, an unlicensed institution and became 18 on 24 January 2016.  Brian was sent to a Youth Training Centre until 14 April 2016, when aged 15 years.  Three months, he was transferred to another institution, St Michael’s Home for Boys.  He was never detained in a licensed community residence.

In the High Court Sasha and Brian succeeded on all their claims in May 2016.  Kokaram J (as he then was) granted declarations that they been unlawfully detained for six months and nine months respectively in breach of ss 54 and 60 in breach of their constitutional rights.  He awarded Sasha damages of $300,000 and $150,000 to Brian.

The Government then appealed.  In December 2018 the Court of Appeal upheld the High Court’s declarations that the detention was unlawful for contravening ss 54 and 60. But the Court of Appeal reversed the High Court’s decision, holding that there was no infringement of constitutional rights.   The sole question for the Privy Council was whether Sasha and Brian had been detained in breach of their constitutional rights to due process of law under s 4(a) or protection of the law under s 4(b).

….  the principles are clear. As in the case of any other instrument, the court must begin its task of constitutional interpretation by carefully considering the language used in the Constitution. But it does not treat the language of the Constitution as if it were found in a will or a deed or a charterparty. A generous and purposive interpretation is to be given to constitutional provisions protecting human rights. The court has no licence to read its own predilections and moral values into the Constitution, but it is required to consider the substance of the fundamental right at issue and ensure contemporary protection of that right in the light of evolving standards of decency that mark the progress of a maturing society

The Board also stressed Lord Bingham’s view at [28], that it is appropriate to take into account international instruments incorporating relevant norms to which the state in question has subscribed.

The Board pointed out that Sasha ad Brian made no complaint of the procedural fairness and focused on breaches of the principle of the rule of law.   The Board took the view that the children had been deprived of the substantive benefits of accommodation institutions suitable for their ages and needs, but held [43] that these concerns were too remote to be within the scope of s 4(a).

The right to protection of the law under s 4(b)

Sasha and Brian made further submissions on s 4(b):  that there was an absolute prohibition against children being detained in an adult prison, that the scope of the constitutional right was broad, that the executive’s failure to give effect to  ss 54 and 60 infringed  the principle of separation of powers, and that the restrictions on the Magistrate’s powers resulting from the executive’s failure caused the prevented Sasha and Brian from securing an effective remedy by taking their combined judicial review and constitutional claims.

The State, on the other hand, argued that its failures were “administrative” in nature. It also contended that Sasha and Brian were adequately protected by the law, since access to the court were available through taking their combined proceedings.   The State further submitted that the remedies pursued were sufficiently prompt and efficacious in the circumstances.

The Board, once again, reviewed all the relevant case law: Attorney-General of Trinidad and Tobago v McLeod [1984] 1 WLR 522, the decisions of the Caribbean Court of Justice in Attorney General of Barbados v Joseph and Boyce [2006] 69 WIR 104 and The Maya Leader’s Alliance v Attorney General of Belize [2015] CCJ 15 (summarising the lengthy judgment at [52] and stressing the CCJ holding in [47]:

The law is evidently in a state of evolution but we make the following observations. The right to protection of the law is a multi-dimensional, broad and pervasive constitutional precept grounded in fundamental notions of justice and the rule of law. The right to protection of the law prohibits acts by the Government which arbitrarily or unfairly deprive individuals of their basic constitutional rights to life, liberty or property. It encompasses the right of every citizen of access to the courts and other judicial bodies established by law to prosecute and demand effective relief to remedy any breaches of their constitutional rights. However the concept goes beyond such questions of access and includes the right of the citizen to be afforded ‘adequate safeguards against irrationality, unreasonableness, fundamental unfairness or arbitrary exercise of power’ [Attorney General v Joseph and Boyce at para 20]. The right to protection of the law may, in appropriate cases, require the relevant organs of the state to take positive action in order to secure and ensure the enjoyment of basic constitutional rights. In appropriate cases, the action or failure of the state may result in a breach of the right to protection of the law. Where the citizen has been denied rights of access and the procedural fairness demanded by natural justice, or where the citizen’s rights have otherwise been frustrated because of government action or omission, there may be ample grounds for finding a breach of the protection of the law for which damages may be an appropriate remedy

The Board then discussed its decision in Maharaj v Prime Minister (Trinidad and Tobago) [2016] UKPC 37 where Lord Kerr (for the Board) approved passages in Joseph and Boyce and Maya Leaders.

The Privy Council next focused on ss 54 and 60 of the Children Act and held that these provisions were intended to give domestic effect to internationally recognised rights like the United Nations Convention on the Rights of the Child ratified by Trinidad and Tobago in 1991, Article 37(c) of the Convention states that:

Every child deprived of liberty shall be treated with humanity and respect for the inherent dignity of the human person, and in a manner which takes into account the needs of persons of his or her age. In particular, every child deprived of liberty shall be separated from adults unless it is considered in the child’s best interest not to do so and shall have the right to maintain contact with his or her family through correspondence and visits, save in exceptional circumstances.

The Board also looked at the United Nations Standard Minimum Rules for the Administration of Juvenile Justice (the “Beijing Rules”), adopted by General Assembly Resolution 40/33 of 29 November 1985.

It then turned to the first instance judgment of Kokaram J.  He concluded at [101] that there is a sound legal basis for recognising children as a special class of person deserving of protection and said at [79]:

I am not encouraged by these stories of BS and SS as two youths in our criminal justice system. The respective stories of these children are one of fear, anxiety, shame, anger, frustration and despair. This is not the story one would expect to hear of children being rehabilitated and who are presumed innocent of any crime. These stories do not demonstrate that the youths are being removed from a criminogenic setting or are being encouraged, nurtured, protected and loved. Quite the opposite. They were in an environment that bred criminality in the case of SS or exposed their vulnerability in the case of BS. It is the type of environment which may develop criminals of young children by failing to provide systems to support deficiencies in their development and behaviour.

The Board concluded the right to protection of the law was breached at [75}:

Fundamentally, the executive brought into operation the material provisions of the Children Act without having first put in place the arrangements necessary to give effect to their mandatory requirements, in a context where the intended beneficiary cohort of these measures, namely children, had been identified by both international law and domestic law as deserving of special protection. This had a series of substantial consequences: the operation of several interrelated provisions of primary legislation was rendered impotent during a protracted period; the aforementioned cohort was deprived of the benefits and protections prescribed by the legislature; international norms were violated; the appellants were thereby exposed to conditions, environments and influences which the frustrated legislative provisions were designed to avoid; the Chief Magistrate was compelled to make a series of unlawful remand orders; the Appellants were deprived of their liberty pursuant to such orders; and the legal system of Trinidad and Tobago did not provide them with timeous and efficacious remedies. Finally the executive has failed to offer any explanation of, much less any justification for, its acts and omissions. Taking into account all of the foregoing, the Board considers that the exercise by the executive of its legal powers was arbitrary, as the appellants contend.

The approach taken by Privy Council in Seepersad has important implications throughout the Caribbean.  The scope of the right to protection of the law is sweeping and that the Board’s reasoning will have a powerful impact in many cases.

Richard Clayton QC represented the successful appellants before the Privy Council.  A link to the judgment appears at https://www.jcpc.uk/cases/docs/jcpc-2019-0112-judgment.pdf

We are delighted to welcome Richard to the Commonwealth Law Conference where delegates can hear him speak on “Whither the Judicial Committee of the Privy Council?”
Explore the session and access Richard’s biography