On Wednesday 22nd June, I attended the People’s Forum which was in the M Hotel in Kigali.  Brigid Watson, the CLA Secretary General, and CLA immediate past President Santhaan Krishnan, attended with me.

There were some sessions which we wished in particular to attend.  One on Freedom of Expression, and one on the Role of the Commonwealth.  The Freedom of Expression panel was excellently chaired by a well-known Kenyan broadcast journalist and featured an interesting panel including a Bangladesh journalist, Anne Gallagher the Chief Executive of the Commonwealth Foundation and Dionne Jackson Miller, a media lawyer form Jamaica. All were excellent.

The session excited some lively contributions from the floor, and in the initial comments the panel referenced the Commonwealth Media Principles and how they were now being scrutinised by an expert working group.  Dionne Jackson Miller was on the advisory group to the expert’s group and expressed concern that there was insufficient language around protection of journalistic sources.

When the floor opened, a Ghanaian lady said that it wasn’t about Freedom of Expression, but it was Freedom after Expression and what she meant was that there might well be freedom in theory but if you express views freely then you were not quite certain of what the outcome might be.  I was invited to make a contribution and said that Freedom of Expression was part of the Latimer House principles which referenced that a free and responsible press was an important feature of democracy in holding government to account.  Having made that point, I said that it was disappointing that the Commonwealth Media Principles were still being considered by the expert group and might not be adopted until the next CHOGM – another two years away.  Anne Gallagher endorsed that comment.

Having drawn attention to myself by speaking from the floor, I was asked to take part in an interview which after editing, would be shown to the Foreign Ministers. Watch the recording of the Commonwealth People’s Forum  here.

I was then asked to join a panel on Delivering a Common Future through Citizenship Mainstreaming.  This was at the request of the Nigerian branch of the Royal Commonwealth Society.  I found myself on a panel with Dr Linda Yueh, the Executive Chair of the Royal Commonwealth Society. I made some remarks about Civic Society, the need for training regarding the Latimer House principles and how proper governance was essential to democracy.

After travelling to the main Conference Centre to attend a session on small States, I returned to take part as a panellist discussing Safeguarding Children in the Commonwealth – an opportunity to mention our advocacy project on Child Sexual Exploitation and Abuses (CSEA)CommonProtect-Executive-Summary, supporting the charity ‘It’s a Penalty’ as well as the CLA Child Marriage Report. 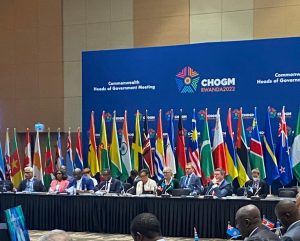 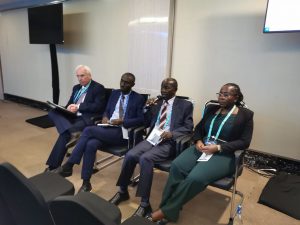 Having participated quite fully in the People’s Forum, Brigid and I formed the view that with the knowledge gained, the CLA can make even more of an impact next time!

I would like to thank Brigid for her impressive preparation for CHOGM, for her role in the official Access to Justice Side event and for steering the CLA President mostly in the right direction. It was excellent to have the support and company of John McKendrick of ExCo, and of Santhaan Krishnan who encouraged all whom he met to go to Goa! 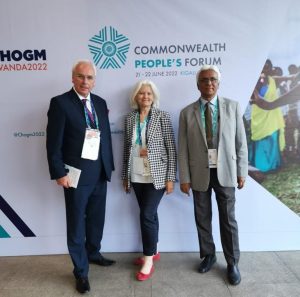 CLA News / An overview of CHOGM: a report by CLA Pres...